Independent Review Board commits JWST to later launch date of 2021, as costs rocket to $9.7 billion. 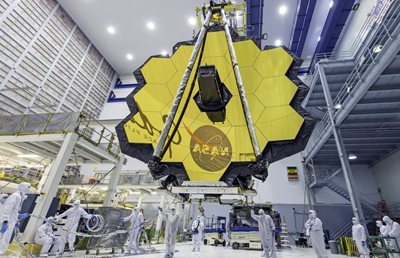 The Independent Review Board (IRB) established by NASA to assess progress on its James Webb Space Telescope (JWST) has recommended that development on arguably the world’s most important science observatory should continue; NASA has put back its launch date to March 30, 2021.

The new IRB report says that NASA will likely need at least another $830 million and exceed the $8 billion cost cap set in 2010.

A report just issued (click to read more) by the IRB addresses a range of factors influencing Webb’s schedule and performance, including the technical challenges and tasks remaining by primary contractor Northrop Grumman before launch.

“Webb should continue based on its extraordinary scientific potential and critical role in maintaining US leadership in astronomy and astrophysics,” said Tom Young, the chair of the review board. “Ensuring every element of Webb functions properly before it gets to space is critical to its success.”

The board also reaffirmed Webb’s significant complexity, incredible scientific potential, and importance to astrophysics. The report includes several recommendations for moving forward, some of which NASA has already initiated. The agency agrees with the review board’s expert guidance on decisive steps necessary to safeguard and complete the telescope’s development. 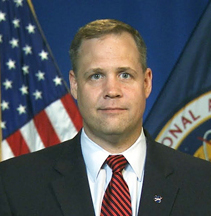 NASA Administrator Jim Bridenstine sent a message to the NASA workforce Wednesday about the report. “Webb is vital to the next generation of research beyond NASA’s Hubble Space Telescope. It’s going to do amazing things – things we’ve never been able to do before – as we peer into other galaxies and see light from the very dawn of time,” said Administrator Bridenstine.

“The more we learn more about our universe, the more we realize that Webb is critical to answering questions we didn’t even know how to ask when the spacecraft was first designed,” said Thomas Zurbuchen, associate administrator for NASA’s Science Mission Directorate.

“Webb is poised to answer those questions, and is worth the wait. The valuable recommendations of the IRB support our efforts towards mission success; we expect spectacular scientific advances from NASA’s highest science priority.” In its report, the IRB found that technical issues, including human errors, have greatly impacted the development schedule.

The agency previously had estimated an earlier launch date, but awaited findings from the IRB before making a final determination and considered data from Webb’s Standing Review Board. The agency established the new launch date estimate to accommodate changes in the schedule due to environmental testing and work performance challenges by Northrop Grumman on the spacecraft’s sunshield and propulsion system. The telescope’s new total lifecycle cost, to support the revised launch date, is estimated at $9.66 billion; its new development cost estimate is $8.8 billion. 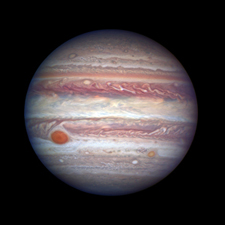 The JWST will be folded, origami-style, for launch inside Arianespace’s Ariane 5 launch vehicle fairing – about 5 meters wide. After its launch, the observatory will complete an intricate and technically-challenging series of deployments – one of the most critical parts of Webb’s journey to its final orbit, about one million miles from Earth. When completely unfurled, Webb’s primary mirror will span more than 6.5 meters and its sunshield will be about the size of a tennis court.

Also coming to light this week is the announcement by NASA that the JWST, will use its "unparalleled infrared capabilities" to study Jupiter’s Great Red Spot, with the intention of shedding new light on the enigmatic storm and building upon data returned previously from NASA’s Hubble Space Telescope and other observatories.

Jupiter’s iconic storm is on the JWST’s list of targets chosen by guaranteed time observers, scientists who helped develop the complex telescope and who will be among the first to use it to observe the universe. One of the telescope’s science goals is to study planets, including the mysteries still held by the planets in our own solar system from Mars and beyond.