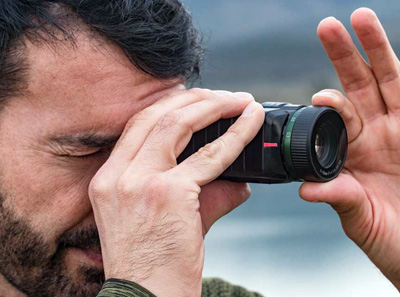 SiOnyx, a developer of infrared imaging technology, has announced that the Indiegogo launch of the SiOnyx Aurora, which it claims is the only HD action video camera with “true day and night color imaging”.

Exceeding the company’s funding goal of $50,000, the Aurora camera attracted more than $300,000, achieving its original funding goal within the first four hours of the campaign opening, earlier in June, 2018.

Scheduled to be available in the third quarter if this year at a retail price of $799, Aurora is based on the SiOnyx Ultra Low Light technology (protected by more than 40 patents) and which until now was only available in the highest-end night vision optics. The company commented, “this identical technology has now been cost-reduced for use in Aurora and other upcoming devices from SiOnyx and its partners.”

SiOnyx has developed a new semiconductor process, which it says significantly enhances the infrared sensitivity of silicon-based imaging. The company statement added, “Its ultra low light technology enables richly-defined color images and video during the day and twilight, combined with unmatched high-resolution viewing in near total darkness.”

Through the free companion apps, supported on iOS and Android platforms, users can review video in real-time or control the Aurora directly from a smart phone. Designed outdoor use, the Aurora also has an IP67 waterproof rating; it can withstand being submerged in 1m of water for up to 30 minutes.

“We are pleasantly surprised by the enthusiastic response to Aurora,” said Stephen Saylor, President and CEO of SiOnyx. “The Aurora is a new category of camera equipment allowing consumers to capture their experiences regardless of the time of day."