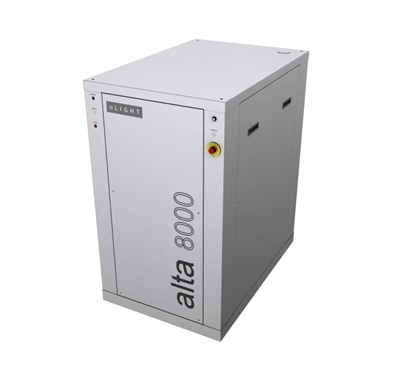 nLight has posted strong growth in all departments during its first quarter as a public company, cheering investors who took part in the Vancouver, Washington, company’s recent initial public offering (IPO).

At $42.5 million for the three months ending March 31 - shortly before the IPO listing that netted the company a better-than-expected $100 million - nLight’s sales were up 42 per cent year-on-year.

The semiconductor and fiber laser firm, founded 18 years ago at the height of the optical telecommunications boom, also swung to a net income of $2.9 million for the period.

Addressing a conference call to discuss the results, Keeney added: “nLight’s lasers are not only changing the way things are made, but also changing the things that can be made.”

Brilliant Watts
In a sector dominated by IPG Photonics, nLight’s competitive position revolves around what the CEO describes as the “cost-per-brilliant-Watt” metric – in other words the ability to pack more photons into a tighter beam spot. nLight is now able to offer more than 250 W from a laser diode coupled to a 100 µm diameter fiber, said to give customers a more controllable beam than competitors.

Crucially, and like IPG, nLight is vertically integrated, with its own laser diode wafer fabrication operations and an internal supply of optical fiber.

“We believe that we lead the market in terms of cost-per-brilliant-Watt,” Keeney told investors, adding that the technological advances being made should see the market for fiber lasers reach some $4 billion by 2020, up from $1 billion in 2010.

That expansion is being driven largely by industrial applications, for which nLight was able to report year-on-year growth of 70 per cent in the opening quarter of 2018.

But the US firm is also closely involved in the emerging area of laser weapons, and a key player in development projects funded via the Defense Advanced Research projects Agency (DARPA). In the latest quarter nLight posted $8 million in sales related to aerospace and defense applications, a large chunk of which are likely to have been due to directed energy weapons development.

Asked about the market opportunity emerging in defense applications, Keeney said that he was “bullish” on prospects in the long-term, but mindful that things will take time. “It won’t happen overnight,” he told the investor call.

Q4 launches in the pipeline
Looking ahead, Keeney and CFO Ran Bareket indicated that sales would rise to around $50 million in the current quarter – although that sharp sequential jump is related in part to seasonality, in particular the impact of the Chinese New Year on buying patterns.

Sales growth is likely to settle down after that, while Keeney indicated that the company had some significant new product releases in the pipeline. nLight currently sells systems delivering up to 8 kW output power, but customers can expect to see higher-power versions make their debuts at trade shows in the closing quarter of 2018.

Around the same time frame there should be more details of the company’s activities in the fast-growing laser additive manufacturing sector, where the CEO says that nLight is engaged with a number of different customers.

With its balance sheet boosted by the $100 million IPO and burdened with only a small amount of debt, nLight will now be able to make more significant investments in capacity and automation equipment.

And while the company has thus far focused on a small number of strategic customers, Keeney, who said he was both pleased and a little surprised by the response to nLight’s public listing, commented: “We’re now in a much better position to serve larger customers.”

• Having risen in value steadily since last month's IPO, nLight's stock price dipped ahead of the company's debut earnings call - although trading at around $30 it still indicated a market capitalization in the region of $1 billion. Following the call, the stock rose in value by 5 per cent in early trading May 24, to around $31.50.