CEO hopeful of another record-breaking year for the optics giant, with extreme ultraviolet lithography a key driver. 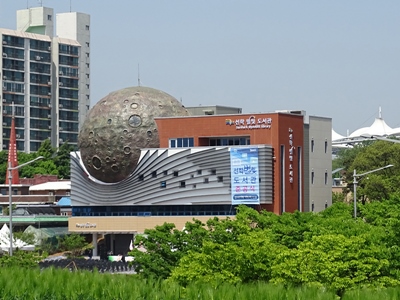 The Germany-headquartered optics giant Carl Zeiss has posted a sharp increase in sales in the opening half of its latest financial year, with management now expecting to post record sales for the ninth year in succession.

At €2.77 billion for the six months ending March 31, the Oberkochen firm’s sales rose 9 per cent year-on-year, despite the negative impact of currency fluctuations.

CEO Michael Kaschke commented: “It is our business in the high-tech fields of semiconductor manufacturing technology, industrial metrology and medical technology in particular that are enabling our growth and helping further advance the Zeiss Group.”

Lithography boost
The company’s semiconductor manufacturing technology (SMT) business unit registered by far the largest rise, with sales up 35 per cent to €732 million – something attributed to “major growth” in extreme ultraviolet (EUV) lithography, alongside high demand for more conventional lithography steppers based around excimer laser sources.

Zeiss is the exclusive provider of reflective optics used inside the huge EUV lithography systems sold by ASML. The Zeiss SMT division is in fact now partly owned by ASML, after the Dutch lithography firm acquired a billion-euro stake intended to aid the development of future generations of complex high numerical aperture (high-NA) EUV optics.

Growing at a slower rate was Zeiss’ medical technology division, which posted a 6 per cent rise in sales (though 13 per cent after currency adjustments). But the company reported a mixed situation for its “vision care/consumer products” unit, where strong demand for ophthalmology equipment offset what was described as an “unsatisfactory” business situation for camera lenses – and divisional sales fell by 3 per cent.

Overall, however, the growing business means that Zeiss has increased its headcount by some 8 per cent over the past year – and now employs nearly 28,300 people.

Solid outlook
The positive momentum looks set to continue for the foreseeable future, with Kaschke reporting incoming orders of €2.84 billion, also up around 8 per cent year-on-year after adjusting for currency fluctuations.

Partly as a result of the high-NA EUV optics work, the company is ramping its research spending significantly. At €298 million in the six months to March 31, R&D expenditure rose €51 million compared with the prior year.

Looking ahead, Kaschke struck an upbeat note, pointing to growing impetus in emerging economies, and despite any potential macroeconomic impact of protectionist measures. Key application areas for the company in the future appear to include quantum technologies - Zeiss' Oberkochen headquarters recently hosted a high-powered gathering of interested parties - and the fast-growing area of virtual, augmented, and mixed reality (VR/AR/R) technologies.

“At the present time, there is still excellent momentum for growth in Asia,” noted the CEO. “Added to that is the sustained favorable impact of the global megatrends and a high demand in the semiconductor manufacturing technology segment.

“The pleasing half-year figures motivate us to make fiscal year 2017/18 a record year for the ninth time in a row. Provided the overall economic framework conditions do not change in any major way, for example as a result of trade barriers, we are confident that we will succeed.”