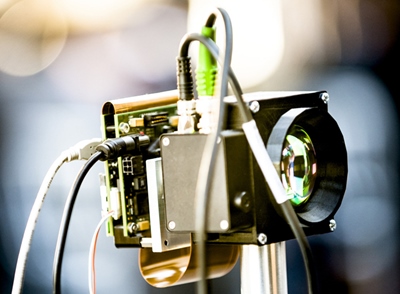 The UK government's Department for Business, Energy, and Industrial Strategy (BEIS) has earmarked £20 million to support the development of new prototype devices based on quantum effects – with photonics technology likely to feature heavily.

It is expected that between three and five prototypes will receive backing from the Industrial Strategy Challenge Fund, with an emphasis on strong connections between academia, industry, and government.

Pioneering potential
Described as a “pioneer challenge” by Sir Peter Knight, now emeritus professor of quantum optics at Imperial College, London, the idea is to help create quantum-enabled products for what many expect will become a huge new area of industry over the coming decade.

“In order to secure the UK lead in this area, and make sure that UK companies take a significant share of this large future sector, we must act now with a focus more than ever on working across the spectrum of industry, academia and government to achieve innovation,” said Knight at a recent event hosted by the National Physical Laboratory in London.

“The Pioneer Challenge will develop our industrial base, integrated with UK research. The rise of quantum technologies will have a huge impact on all our lives.”

In its announcement of the £20 million fund, the BEIS government department added: “A new set of products from medical devices to sensors and safer communication systems may be possible using the emerging physical science known as quantum technology. The potential is huge, but still largely in the lab environment.

“Pioneer funding will bring new disruptive businesses together with existing ones to understand how this emerging technology can be turned into products that will underpin industry in the future.”

Cold-atom CubeSat
Among the projects already being funded via the UK’s National Quantum Technologies Programme (NQTP) are several that rely on photonics, with equipment from Glasgow-based M-Squared Lasers playing a major role.

Teledyne e2v is another key industrial partner, leading a team working on a gravity-monitoring payload suitable for a tiny CubeSat mission. While not initially capable of carrying out quantum experiments, the “CASPA” (Cold Atom Space PAyload) project aims to demonstrate the possibility of packing all of the necessary equipment to create so-called cold atoms inside the compact “6U” CubeSat format.

The cold-atom hardware - shrunk by an order of magnitude from a benchtop equivalent weighing around 60 kilograms, to fit the 6 kilogram CubeSat format - includes a frequency-doubled fiber laser for cooling, an acousto-optic modulator component, and an image sensor.

If developed successfully, that technology may be able to map changes in gravity from space, enabling remote and highly accurate global monitoring of phenomena like polar ice, ocean currents, and sources of water.

Other possibilities for further funding include single-pixel imaging techniques, and cameras capable of seeing around corners – with potential future use in autonomous vehicles.

Video: innovating a quantum future - Made in Glasgow:

• Exactly which projects will be supported through the new scheme is yet to be decided. An initial briefing for businesses and researchers interested in competing for the fund is set to take place at the Grange City Hotel in London on April 18.

That briefing will be introduced by “interim challenge director” Knight, alongside Chris Jones and Julie Brown from Innovate UK, who will outline the funding competition’s scope and process.