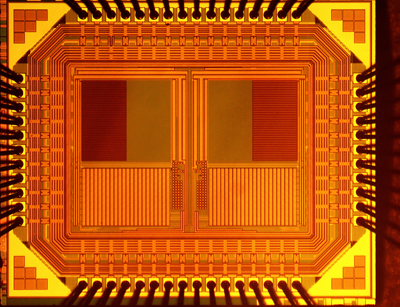 Researchers at the University of Michigan, MI, US, have developed a simultaneous imaging and energy harvesting sensor. Eventually, such a development could pave the way for a compact, self-powered camera. Devin Coldewey in TechCrunch commented, "the sensor could be essentially a camera that operates forever with no need for a battery or even wireless power."

The development work by the team of Sung-Yun Park, Kyuseok Lee, Hyunsoo Song and Euisik Yoon is described in IEEE Electron Device Letters.

The team has developed what it calls a prototype CMOS active pixel capable of simultaneous imaging and energy harvesting without introducing additional in-plane p-n junctions. The pixel uses a structure that is available in standard CMOS processes.

Lead author Euisik Yoon explained, in the paper abstract, "Unlike the conventional CMOS electron-based imaging pixels, where the nwell region is used as a sensing node for image capture, we adopted a hole-based imaging technique, while exploiting the nwell region for energy harvesting at a high fill-factor of >94%.

"We have successfully demonstrated that the energy harvesting can be achieved with a power density of 998 pW/klux/mm2, while capturing images at 74.67 pJ/pixel. The fabricated prototype device has achieved the highest power density among the recent state-of-the-art works and can self-sustain its image capturing operation at 15 fps without external power sources above 60 klux of illumination." This is equivalent illumination to a bright, sunny day.

The 15 images per second rate would be achieved on "a sunny, 60,000-lux day", according to the journal paper, while a figure of 7.5 frames per second could be achievable in normal daylight conditions (typically 20,000-30,000 lux). The researchers at this stage are reportedly primarily concerned with developing the proof-of-concept chip. They have not optimized the power consumption of the sensor itself, the IEEE paper reports.

The paper concluded, "We propose a prototype CMOS active pixel architecture capable of simultaneous imaging and energy harvesting by exploiting inherently embedded vertical P+-Nwell-Psub junctions in the standard CMOS process and using holes as a charge-carrier for imaging. The proposed pixel achieved a high FF of 94 %.

"To demonstrate the feasibility, we have fabricated a CIS chip and demonstrated the energy harvesting with a power density of 998 pW/klux/mm2, while generating images with an FOM of 74.67 pJ/pixel. The proposed pixel achieves the highest power harvesting density among the recent state-of-the-art EHIs reported up to date."

About Euisik Yoon's laboratory and work

The following University of Michigan video describes the activities of Professor Yoon's laboratory: