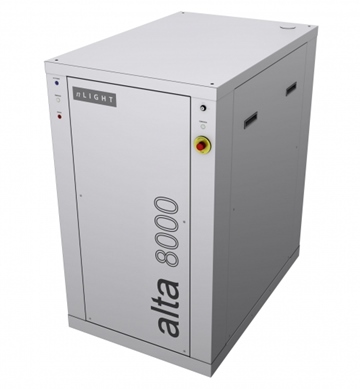 nLight, the Vancouver-based developer of high-power laser diodes and fiber lasers, has filed a registration statement indicating plans to raise money through a listing on the Nasdaq stock market.

The proposed initial offering of stock (IPO) would see the company listed under the ticker symbol “LASR”, although key details including the number and price of the shares to be offered are yet to be determined.

However, the “S-1” registration statement with the US Securities and Exchange Commission (SEC) does include a prospectus detailing the company’s recent financial results and a detailed overview of the business.

Venture backers
Further SEC documentation states that nLight, which is vertically integrated and produces high-power laser diodes at its gallium arsenide wafer fab in Vancouver, had also raised equity funding of just under $26 million in May 2017, and of nearly $36 million in January 2016.

Major investors thus far have included Menlo Ventures, Oak Investment Partners, and Mohr, Davidow Ventures – each of which owns around one-fifth of the company’s stock. Hadley Harbor Master Investors and Greenover Group have acquired 12.1 per cent and 5.8 per cent respectively, while nLight’s CEO Scott Keeney holds a 4 per cent ownership.

In the S-1 filing, dated March 30, the company’s executive team writes: “Our innovations are making our semiconductor and fiber lasers more powerful, programmable, reliable and affordable, which is driving their adoption in existing applications as well as enabling new ones that were not previously commercially viable.”

It also claims that the power, precision and programmability of nLight lasers is enabling a “new class” of additive manufacturing tools in the industrial market, as well as supporting commercialization of next-generation laser weapons.

Major competition
Founded back in June 2000, and with an initial focus on optical communications, nLight has been closely involved in some key development programs – perhaps most significantly the US Defense Advanced Research Projects Agency (DARPA) “SHEDS” effort, short for “super-high efficiency diode sources”.

Other US firms involved in that program, whose main aim was to deliver 80 per cent-efficient laser diodes suitable for 100 kilowatt-plus laser weapons, included JDS Uniphase (now Lumentum) and Alfalight.

Having navigated the extended fall-out of the optical communications boom and bust period, nLight went on to acquire Finland-based optical fiber maker Liekki in 2007, and the University of Michigan spin-out firm Arbor Photonics in early 2013. nLight still produces its fiber in Finland, while Arbor specialized in “chirally coupled core” fibers said to enable 100 kW-level powers.

nLight’s registration statement refers to the “significant” price and technological competition in the fiber laser sector, principally arising from the presence of market leader IPG Photonics. Like nLight, IPG is vertically integrated, and commands a hugely profitable business on annual sales now well in excess of a billion dollars – around ten times that of nLight.

nLight also identified Lumentum, Trumpf, and Coherent, alongside Chinese firms BWT Beijing, Raycus, and Maxphotonics, as its key competitors – although IPG is believed to account for around two-thirds of the fiber laser sector.