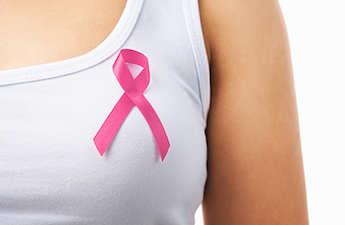 The development of techniques based on diffuse optics for the imaging and spectroscopy of the breast during diagnosis of breast cancer has been the focus of considerable research effort, thanks to their use of infrared light rather than potentially harmful ionizing radiation.

These optical mammography (OM) methods can potentially assess blood volume, oxygenation, and other parameters likely to help characterize a suspected lesion, but the techniques have to date tended to suffer from relatively poor spatial resolution - a problem, given that identifying lesions at their smallest is essential for effective screening.

A project at the Politecnico di Milano has now developed a new detection chain for time-domain OM that could not only improve the technique's resolution, but also help make instrumental platforms more robust and cheaper for clinicians.

The new design hinges on the use of an eight-channel probe involving silicon photomultipliers (SiPMs) and a multichannel time-to-digital converter (TDC), in place of the two conventional photomultipliers used in existing instruments.

Edoardo Ferocino of the Politecnico di Milano said that in trials the new detection chain had improved photon detection efficiency by up to three orders of magnitude, alongside a ten-fold increase in the maximum count rate level. It could also lead to more robust instruments at a lower price per channel, two important clinical considerations.

"SiPMs were devised and are being developed for other fields such as high-energy physics, and we borrowed the technology for its advantages of robust and compact devices with wide spectral coverage and high quantum efficiency," Ferocino told Optics.org.

"TDCs are widely used because of their low-cost, multichannel capability and high detection count rate. What is new here in the diffuse optics field is the simultaneous use of SiPMs and TDCs to create a macro-pixel detector, formed by an array of different SiPMs in an area of a few square millimeters."

Assessment of chemotherapy
This combination allows a wide collection area, beneficial for both light-harvesting and data throughput, as well as removing the need for optical fibers with their associated losses and reduced aperture of light collection - an approach not even feasible with traditional photomultiplier detectors, said Ferocino.

"SiPMs have only recently been introduced into the diffuse optics field, and now we are exploiting the inherent advantages they bring with many novel ideas, like this one. TDC, however, are already well known in the field, but here we are exploiting a particularly cheap device. This did introduce some issues for the project. We had to thoroughly test the TDC to assess its suitability for our own application, as its performance was not designed for this kind of application, and produced an algorithm to improve the quality of data."

The Milan researchers were supported by the SOLUS project, a European Horizon 2020-funded investigation into improved mammography techniques employing both optical and ultrasound modalities.

After demonstrating the principle on tissue phantoms, the Milan group intends to confirm the results with in vivo measurements, as a preliminary step towards use of the system in a clinical trial. Beyond that, the early assessment of pre-surgical chemotherapy, as a way to monitor and predict the results of the treatment, could prove to be one particularly attractive application for the new design.

"This technique is able to provide information on the outcome of chemotherapy just weeks after beginning treatment, or possibly even sooner," commented Ferocino.