Extension of final integration and test phase sees launch window pushed back to May 2020. 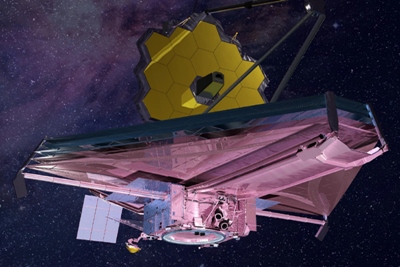 The launch of the James Webb Space Telescope (JWST) has been delayed once again, with additional time needed for final integration and testing of the spacecraft that will carry the payload into orbit.

NASA announced in a teleconference that it had now pushed the JWST launch window back to “approximately” May 2020. Last September, the space agency said that the planned October 2018 launch had been revised to between March and June 2019, after assessing the final integration and test schedule.

While NASA said that its latest tests demonstrate that the various elements of the telescope and spacecraft individually meet their requirements, more time was needed to perform environmental testing on the combined hardware. That assessment is taking place at key contractor Northrop Grumman’s Redondo Beach, California, facility.

The latest delay will also see NASA provide a new cost estimate that seems likely to exceed the capped $8 billion overall development budget that was agreed back in 2011 when the future of the entire project was under threat, meaning that US Congress will have to mandate any additional cost.

Highest priority
Acting administrator Robert Lightfoot said in a NASA release: “Webb is the highest priority project for the agency’s Science Mission Directorate, and the largest international space science project in US history.

“All the observatory’s flight hardware is now complete, however, the issues brought to light with the spacecraft element are prompting us to take the necessary steps to refocus our efforts on the completion of this ambitious and complex observatory.”

Specific issues include completing the all-important sunshield, which is needed to protect JWST from solar damage and heating.

NASA is also setting up an external, independent review board, which it says will “bolster confidence” in the agency’s approach to completing the final battery of tests, as well as the forthcoming launch campaign, commissioning stage, and deployment sequence.

Both the external board – which will be chaired by spaceflight veteran Thomas Young – and NASA’s existing internal review panel will contribute to a progress report that will be delivered to Congress this summer.

The delay means that NASA will have to agree on a new launch readiness date with the European Space Agency (ESA), whose contribution to the project is to provide the launch vehicle. One of ESA's Ariane 5 rockets will eventually fire JWST into an orbit around a million miles from Earth.

Next stage
Late last year, NASA said that the JWST’s telescope and scientific instrument payload had passed cryogenic tests at the Johnson Space Center in Houston, after which the equipment was delivered to the Redondo Beach site for spacecraft integration.

“The spacecraft element will next undergo environmental testing, subjecting it to the vibrational, acoustic and thermal environments it will experience during its launch and operations. These tests will take a few months to complete,” NASA now reports. “Engineers then will integrate and test the fully assembled observatory and verify all components work together properly.”

Thomas Zurbuchen, associate administrator for NASA’s Science Mission Directorate, added: “Considering the investment NASA and our international partners have made, we want to proceed systematically through these last tests, with the additional time necessary, to be ready for a May 2020 launch.”

The latest schedule means that, assuming it is launched in May 2020, the JWST will reach orbit fully seven years later than was originally planned.