London Gatwick said to be the first airport to trial autonomous vehicles for shuttling staff across the airfield. 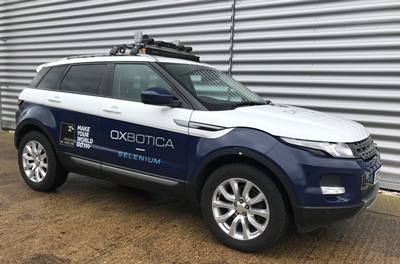 Gatwick Airport near London is set to become the first airfield in the world to use autonomous, laser-navigated vehicles to move its staff between key locations.

The airport, which after Heathrow represents the UK’s second-busiest in terms of passenger numbers, will trial vehicles controlled using software developed by the University of Oxford spin-out Oxbotica – with a view to potentially using the approach for a much wider range of jobs.

Lidar sensors
“If the technology is proven in an airfield environment and following further trials, this project may be the precursor to a wide range of other autonomous vehicles being used on [the airfield], including aircraft push back tugs, passenger load bridges, baggage tugs and transportation buses,” speculated a release from the airport, which is planning to begin the trial this summer.

It will deploy Oxbotica’s “Selenium” autonomous control system, which combines the company’s artificial intelligence software with hardware based on cameras and laser sensors in the form of a lidar array. Images posted by the company show their vehicles fitted with sensors from the US-based lidar developer Velodyne.

“The system uses a complement of sensors and algorithms to identify and track pedestrians, cars and other obstacles in the environment,” adds Oxbotica.

Gatwick explains that its fleet of 300 air-side vehicles are stationary 90 per cent of the time, while staff attend to aircraft and passengers. If successful, the first-of-its-kind trial could see airfield transport requirements being met from a much smaller pool of autonomous vehicles used in a more efficient manner, and help cut costs by reducing the need for such a large fleet.

But with concerns about autonomous vehicle safety heightened by the recent pedestrian fatality involving a self-driving Uber vehicle in Tempe, Arizona, the airport stresses that no passengers or aircraft will be involved in the trial, which will be limited to air-side roads between Gatwick’s North and South terminals.

Complex environment
Data collected in the pilot study will seek to demonstrate that autonomous vehicles can work safely on the complex environment of an airfield, where lots of different vehicles are moving in many directions both on and off road systems.

The findings will then be discussed with the UK’s Department of Transport and Civil Aviation Authority, among others.

According to the Gatwick authorities, the International Air Transport Association (IATA) trade body for airlines has identified more than 40 potential uses for autonomous vehicles on the airfield.

The airport’s chief information officer Cathal Corcoran said: “This trial is just the start and much more research will be needed, but ultimately this could be the start of widespread use of autonomous vehicles on airfields across the world.

“The new technology is a more efficient way to manage vehicles and could lead to a reduction in the number of vehicles required, their associated costs and harmful emissions.”

Oxbotica’s CEO Graeme Smith added: “Airports offer an incredibly interesting domain for our autonomous driving software. There is a huge diversity of vehicles, each with a very specific mission.

“The challenge of choreographing all of the activity around an individual plane, or in support of airport operations is immense and we look forward to working closely with Gatwick on this initial pilot that will demonstrate our self-driving technology carrying staff around the airfield.”