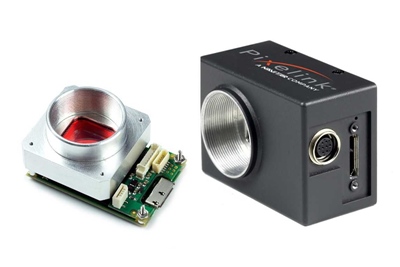 Pixelink, the Navitar-owned maker of industrial cameras used in machine vision and microscopy, is to provide its technology for multiple applications on board NASA’s future Orion spacecraft for manned missions into deep space.

The Ottawa, Canada, firm will work alongside partner Deep Space Systems, which is designing an optical navigation system for the Orion platform. Future crew members will be able to use it to adjust the flight path for safe re-entry, by imaging the precise position of the Earth and Moon in relation to the Orion craft.

Another job for the Pixelink cameras will be to capture images of launch and re-entry events, to carry out key tasks including inspection of the all-important heat shield that will protect Orion from the extreme heat generated when re-entering the Earth's atmosphere.

“These cameras image the Earth and the Moon in order for the spacecraft to independently calculate its position and velocity in Cis-Lunar space [i.e. the volume within the Moon’s orbit of Earth].”

Bailey says that this information would be critical for crew members on board Orion, when adjusting their entry flight path angle for a safe return to Earth in the event of a loss of communication.

Pixelink’s president Paul Saunders said of the contract: “We are committed to providing high-quality, durable products. Winning this contract is further testament we are doing just that. We are proud to deliver a dependable application solution to Deep Space Systems and NASA, contributing to the success of Orion, America's next human exploration spacecraft.”

Following the award, Deep Space Systems will repackage, ruggedize and test the Pixelink cameras, to ensure that each unit withstands the environment of spaceflight, including challenges like harsh vibration, extreme temperature variation, radiation, and vacuum pressure.

Seamless imaging system
Rochester-based precision optics company Navitar completed its acquisition of Pixelink just over a year ago, saying that the deal would allow it to provide fully integrated end-to-end lens and camera imaging solutions to customers worldwide.

Since then, Pixelink has rolled out a line of industrial cameras based on Sony’s “IMX” model CMOS sensors, offering an external hardware trigger and two general-purpose outputs that enable users to synchronize the camera with specific processes and illumination sources.

And earlier this month Navitar launched a lens and camera “coupling program” said to offer customers a seamlessly integrated imaging system with no compromise on image quality. The approach couples Navitar’s own flagship high-resolution imaging lenses - the Resolv4K, 12X Zoom and Zoom 6000 - and matches them with Pixelink’s CMOS industrial cameras.

“Systems can be built as motorized or fixed configurations with multiple sensor formats to choose from,” Navitar says. “Pixelink Capture imaging software, with integrated control of the zoom and focus of Navitar motorized lenses, is included with every solution. Capture also includes metrology software tools for on-screen measurement of length, area, pixel location, and more.”

“By controlling both the camera and lens designs, we ensure maximum performance of each component and optimal optical performance of the entire assembly.”