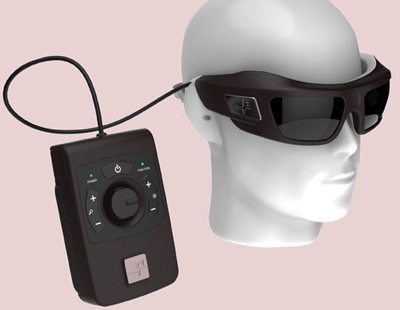 The device has been implanted in the first three of five patients earmarked for treatment; all have severe vision loss from atrophic dry Age-related Macular Degeneration (AMD). The French feasibility study began In December 2017.

Pixium reports that its initial observations were, “encouraging”, being made just a few weeks after the first implantations. The company statement said:

Khalid Ishaque, CEO of Pixium Vision, commented, “Following activation of the implants in the first three patients, the initial observations are exciting for the company. They confirm Prima’s ability to restore light perception from the retinal atrophic zone of these dry-AMD patients, where no visual sensitivity remained prior to the treatment. This is in line with the expectations based on preclinical experiments.

The feasibility studies are set to continue with two more patients to be identified in Paris, and an additional five patients in the US feasibility trial which is to begin shortly. Ishaque added, “We are confident that Prima is a feasible therapeutic option to restore some useful vision in patients blinded by retinal degeneration.” 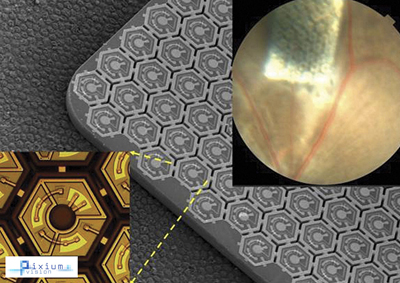 The French feasibility study1 with Prima is a 36-month, five-patient clinical study, designed to evaluate the safety and function of the wireless sub-retinal PRIMA chip in eliciting visual light perception, with an interim six-month analysis enabling to prepare and start also for the pivotal clinical study in the European Union.

Prima is a new-generation miniaturized and totally wireless sub-retinal implant. The implant is a micro photovoltaic chip measuring 2 x 2 mm and 30 μm thick, equipped with 378 electrodes.

Implanted under the retina via a “less invasive” surgical procedure, it acts like a tiny solar panel that is powered by pulsed near infrared light through a miniaturized projector integrated in a pair of augmented reality-like glasses, along with a mini-camera, worn by the implanted subject.