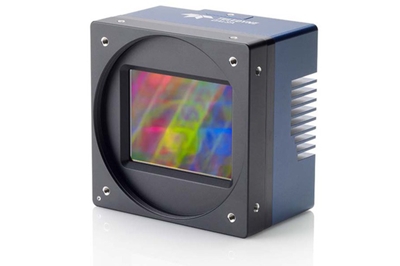 Stemmer Imaging, the Germany-based provider of machine vision equipment, has raised €51 million in an initial public offering (IPO) of stock.

Headquartered in Puchheim, near Munich, Stemmer sells machine vision tools for both scientific and industrial applications, and has enjoyed growing sales in recent years as the technology has proliferated.

With the IPO said by Stemmer to have been “significantly oversubscribed” at the placement price of €34, some small private applicants will not receive any stock.

The successful launch will see Stemmer’s stock begin trading on the Frankfurt Stock Exchange on February 27, although just over half of the company’s equity remains owned by a subsidiary of Primepulse Group – a Munich-based private investor in SMEs.

Sales and profits on the up
Stemmer’s CEO Christof Zollitsch, who joined the firm as a technical support engineer in 1991, said in response:

“The high demand of investors in Germany and abroad shows great confidence in the future potential of Stemmer Imaging. We are excellently positioned in an exciting future market with the topic [of] machine vision, a key technology in the area of Industry 4.0 and digitization, and our portfolio around the proprietary software solution.”

Stemmer says that the proceeds generated by the listing will be used primarily to help expand its competitive position in Europe, although expansion into Asia is also a possibility.

The firm posted sales of €88.3 million in its latest fiscal year, which ended in June 2017. That represented a 5.6 per cent rise on the prior year, with net profit jumping from €2.2 million to €2.8 million in the same period.

At the moment, Stemmer employs around 260 people across locations in no fewer than 19 European countries.

The company, founded in 1987, expects the field of machine vision to grow at a compound annual rate of 10 per cent, and sees challenges emerging in the areas of embedded vision and hyperspectral imaging specifically – two key themes in the machine vision sector.

Another focus for investment will be further development of Stemmer’s own image processing software, called “Common Vision Blox”, and engagement in co-operations or acquisitions in this area.

• The IPO comes just a few months after founder Wilhelm Stemmer sold his shareholding in the firm; a deal that saw the company’s management team acquire around a quarter of the company's equity.