Excelitas gets into OCT with Axsun Technologies acquisition 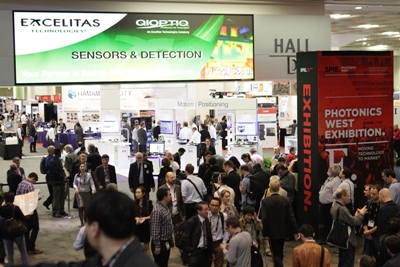 According to the companies involved, the transaction is expected to close in early 2019. No details about the agreement have been disclosed, but Axsun’s CEO Jonathan Hartmann said: “This is an outstanding opportunity for Axsun, our customers, and our employees as we continue to expand our product line and develop new markets together with Excelitas.”

Massachusetts-based Axsun, which is best known for its swept-source optical coherence tomography (OCT) laser engines, became part of Anzu just over three years ago, after its prior owner Volcano Corporation was sold to Philips.

Known to be a key supplier to OCT companies including UK-based Michelson Diagnostics, Axsun has developed robotic alignment technology that it says enables optical assembly with nanometer-level precision.

Hartmann said that the partnership with Anzu had enabled the company to achieve its goals, enter new markets, and help catalyze technology development. “The work we have done together will be beneficial to our customers in healthcare and other emerging growth markets for years to come,” the CEO added.

VCSEL engine for scaling OCT
Earlier this year Axsun announced that it had passed the milestone of shipping 15,000 swept lasers for OCT imaging, and subsequently revealed what it called a “breakthrough” in the development of a vertical cavity surface-emitting laser (VCSEL) design intended to improve scalability for certain applications.

OCT subsystems featuring lasers emitting at 1060 nm, 1310 nm, and 1220 nm are available, with sweep rates ranging from 50 kHz to 200 kHz for high-speed, high-resolution imaging, alongside options for a long coherence length, high power, and wide tuning bandwidth, as required.

The company also sells optical channel monitors for applications in optical telecommunications and sensor interrogation, along with near-infrared spectroscopy equipment.

Excelitas, which is also owned by private equity – almost exactly a year ago it was sold by Veritas Capital to New York-based AEA Investors – sells a huge range of optoelectronic components, from xenon lamps to pulsed laser diodes used in autonomous vehicle sensors. It also offers full OEM designs and custom photonic subsystems.

And back in 2013, it snapped up a series of well-known photonics brands with the acquisition of the Qioptiq group of companies – including the likes of Linos, Point Source, and Spindler & Hoyer.

Excelitas originated as a 1999 spin-out from the environmental health business of analytical equipment firm Perkin Elmer. Prior to the AEA sale, the company was said to have annual revenues in the region of $700 million, and to employ some 5000 people across its 13 sites in the America, Europe, and Asia.

Both Axsun and Excelitas will be exhibiting their latest products at the forthcoming SPIE Photonics West technology exhibition, which takes place in San Francisco, California, at the beginning of February. Axsun is also taking part in the biohotonics-focused “BiOS Expo”, which runs ahead of the main exhibition.