optics.org reviews a selection of some of the new systems and products being launched this week at Stuttgart's biggest vision expo to date. 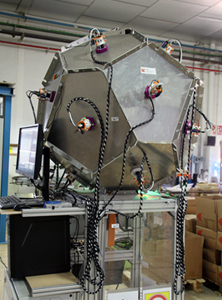 The Instituto Tecnológico de Informática, based in Valencia, Spain, is making the first public presentation of its Zero Gravity 3D system, which it says is “the industry’s most versatile machine vision inspection system”. Applications include three-dimensional surface reconstruction with textural analysis, as well as surface defect detection, be it a scratch, stain, crack, corrosion or geometric alteration.

ITI’s proprietary imaging process means the geometry and entire surface of even highly complex components can be captured from 360 degress with no blind spots. The system launches an object vertically into an imaging chamber to precisely capture it from multiple angles at the top of its flight. This process will allow manufacturers to run multiple types of components for analysis in a single batch, and to easily switch components being captured without mechanical reconfigurations.

Sergio Navarro, head of advanced industrial vision systems at the ITI, commented, “Most machine vision systems inspect a part’s surface only, with the component being held by a manipulator or mounted on a guidance system. This limits the analysis to only a particular segment of the 3D geometry or requires mechanical changes for each new batch, which must also be free of mixtures of different parts. Our Zero Gravity 3D not only solves these limitations, it offers a versatility as yet unknown in the industrial inspection area.” 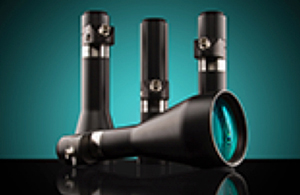 Framos Group has launched its Embedded Vision (EV) Ecosystem range, which is designed “to ease imaging development”. Designed for a modular approach to EV, the range includes sensor modules, board adapters and processing board adapters to enable a smooth transition from concept to final design. 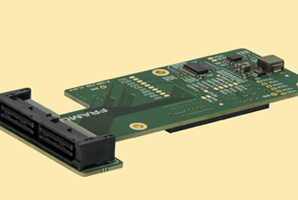 This EV ecosystem works as a mix-and-match tool kit paving an accelerated way building vision products. André Brela, Product Manager, explains the concept thus: “Vision engineers and developers can quickly create a proof of concept, and then evolve it by porting the IP, schematics and board design files into their end product.”

“Based on a flexible platform, this range provides capabilities to evaluate a sensor and its performance on various processor boards, as well as develop connection and logic components to put all vision-based building blocks together.”

Framos’s FSM series of sensor modules is made of pre-existing Sony and ON Semi sensors placed on a PCB with a standardized connector with proper circuit conditioning to rapidly get a sensor up and running. Modules also can be oselected with a lens mount and a matching lens.

Xenics, a developer of advanced infrared detectors, cameras and customized imaging solutions covering SWIR to LWIR regions. At VISION 2018 it is showcasing the Manx series, a new range of InGaAs-based linear cameras. Also on show for the first time is the Wildcat 640, an area-scan InGaAs camera series set for release in 2019. The upcoming Wildcat 640 series will image at speeds up to more than 200 Hz, making it suited for applications such as quality control, laser spot detection, and low light imaging.

The Manx series of InGaAs linear cameras are based on the XLIN-FC, an in-house developed Iinear detector. The Manx is a high-performance short-wave infrared camera providing high speed and quality line scan imaging. It achieves line scan rates of about 400 kHz, which the developer claims “outclasses the state-of-the-art by a factor of 2.5, becoming the fastest linear SWIR camera available in the world.” 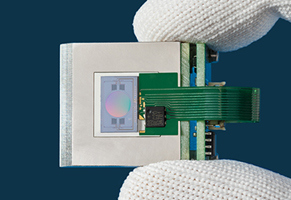 The Fraunhofer IPMS-developed MEMS Scanning Mirrors are either resonantly or quasi-statically operated for the deflection of light in extremely compact systems. Applications range from reading barcodes and data codes, through 3D metrology, to laser projection and spectroscopy. In addition to resonant scanners, quasi-static micro-scanners are also presented.

The developers commented, “With its QSDrive Scan Kit, ResoLin Evaluation Kit, the Fraunhofer IPMS is now offering the opportunity for cost-effective and flexible testing of statically-deflectable MEMS-scanning mirrors for applications that so far could not be satisfactorily implemented with commonly used resonant micro-scanners.”

The IPMS’s new micro-lenses are based on electro-active organic materials. Their functional principle is based on the displacement of liquids in etched silicon chambers and the driving element here is an integrated electrostrictive polymer actuator of high deformation.

The tunable micro-lenses could be integrated in a zoom objective or autofocus system for a camera in a cell phone or could find usage in many other application fields such as medical and industrial imaging, optical systems for laser beam manipulation and lab-on-a-chip applications for cell manipulation and detection. 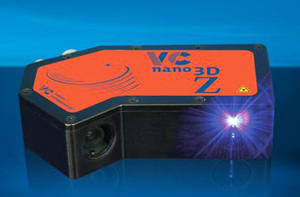 The high ambient light immunity results from a high-intensity laser, combined with extremely short exposure times. The blue laser has a wavelength of 450 nm and is rated class 2. The new laser scanner series is suitable for applications, especially for metallic surfaces.

Based on a Xilinx Zynq SoC, the embedded vision systems can be configured for additional tasks besides generating 3D profiles. Vision Components has programmed the internal FPGA of the SoC module to calculate the 3D point cloud. This leaves the powerful 2 x 866 MHz ARM processor as a freely programmable resource to handle application-specific machine vision tasks.

Vision Components also premiered its new MIPI camera modules at this year’s VISION. The ultra-compact boards support the MIPI CSI-2 specification. They are available with different image sensors as determined by the customer. The miniature cameras can be manufactured and integrated into various platforms for mobile and distributed applications such as autonomous driving, UAVs, “Smart City”, medical technology, and laboratory automation. 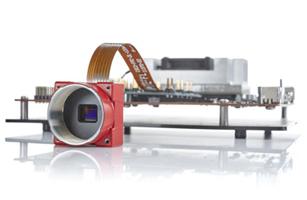 Allied Vision welcomed visitors to its booth with the slogan "Rethink Embedded Vision" showing a clear focus on industrial embedded vision. The first models of its new Alvium Camera Series, were the company’s highlight.

This camera platform addresses the limitations associated with current camera modules for embedded applications, the company stated, “because it offers system designers a previously unknown level of freedom.”