Self-drive technology was selected by BMW for its 2021 automated drive program. 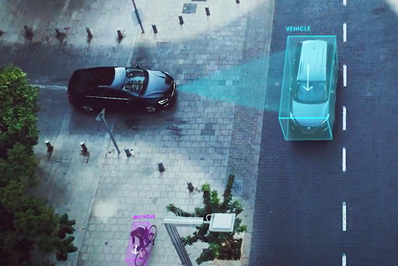 InnovizOne is an automotive-grade LiDAR, designed for integration into any vehicle.

Ahead of the 2019 Consumer Electronics Show it has been announced that InnovizOne automotive-grade solid-state LiDAR and Computer Vision software, developed by Innoviz Technologies have been awarded the 2019 CES “Best of Innovation” honor. The CES show will run 8-11 January in its regular location of Las Vegas.

InnovizOne, which its developer says is “the first and only LiDAR capable of delivering a commercially viable, automotive-grade, solid-state sensor”. The technology offers a combination of safety, reliability, compact size and affordability.

Hailed as the most outstanding product in the “Vehicle Intelligence and Self-Driving Technology” category by the Consumer Technology Association, Innoviz will present its lidar system in Las Vegas on Booth #1415 in Westgate, Tech East. The annual CES Innovation Awards program, judged by an expert team of industrial designers, independent engineers and members of the trade press covering the autonomous vehicles sector, recognizes product design and engineering.

Mass adoption of LiDAR, widely considered the key building block in the race to commercialize autonomous vehicles, has historically been limited by relatively poor performance and excessive costs, among other deficiencies, commented Innoviz; “BMW’s recent decision to deploy InnovizOne as part of its autonomous vehicles program beginning in 2021 indicated a paradigm shift within the industry.”

Innoviz’s LiDAR solution is based on a solid-state, MEMS-based construction, providing the superior depth perception necessary for Levels 3 - 5 of autonomous driving. When combined, InnovizOne and Innoviz’s Computer Vision software offer what is described as “a complete software stack for autonomous vehicles”. In short the arrangement turns the LiDAR’s collected data and 3D point cloud into meaningful driving decisions through object detection, classification, tracking, lane marking, and simultaneous localization and mapping (SLAM) software. 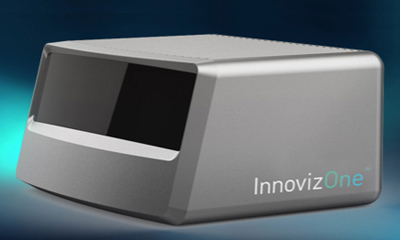 InnovizOne is an automotive-grade LiDAR, designed for integration into any vehicle.

Omer Keilaf, CEO and Co-Founder of Innoviz, commented, “CES is the most important automobile technology gathering in the world, so it’s rewarding to be recognized as the highest-rated technology in the vehicle intelligence category. Automakers have been clamoring for a mass-market LiDAR solution. BMW’s selection to integrate Innoviz’s sensing technology and Computer Vision software for serial production demonstrates real commitment for solid-state LiDAR from automotive OEMs.”

In 2018, Innoviz also received CES Innovation Awards Honoree recognition in the same category for its InnovizPro solid-state LiDAR. With $82 million in venture capital funding, the company has grown rapidly since its founding in 2016 and now employs over 200 people, while expanding beyond its Israeli headquarters to include a presence in the US, China, Japan and Europe. It has forged strategic partnerships with Tier 1 solution providers including Aptiv, Magna International, HiRain Technologies and Samsung Harman.