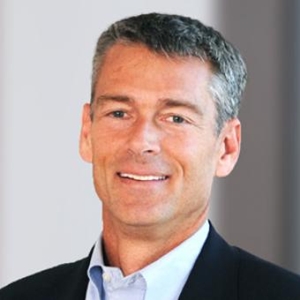 Finisar, the California-headquartered manufacturer of lasers and optoelectronic components, has appointed former Broadcom executive Michael Hurlston as its new CEO.

In a statement issued by Finisar, Hurlston was quoted as saying: “I am very excited to join Finisar and lead the great company that Jerry and his fellow employees have built.”

He added: “Finisar has world-leading products and technology, engineering talent, and manufacturing capabilities and a reputation for excellence in the industry and with its customers.

“The optical communications and components industry is rapidly advancing and there are many new exciting customer opportunities. I look forward to getting to work."

Apple connection
Like Finisar, Broadcom is headquartered in the heart of Silicon Valley. Another connection between the firms is the close relationship that they both have with Apple.

Broadcom is a major supplier of radio-frequency amplifier, receiver and filter components used by smart phone OEMs, and just a month ago Apple revealed that it is helping Finisar to finance a new VCSEL manufacturing facility in Sherman, Texas, thanks to planned purchase orders for devices needed by the face-mapping security feature in its iPhone X model.

Hurlston replaces long-serving Finisar chief Jerry Rawls, who has overseen the company’s growth from a tiny startup in the late 1980s through to the record-breaking turnover of $1.4 billion posted by the company in its 2017 fiscal year.

“I'm thrilled that Michael is going to lead Finisar into the future,” said Rawls of his successor in the CEO office. “Michael's experience, proven technical skills, and leadership abilities will serve Finisar, our customers, employees, and stockholders very well.”

Highs and lows
Having led Finisar for nearly four decades, Rawls has been at the helm through some remarkable highs and lows, from the company’s initial public offering (IPO) of stock and Nasdaq listing during the telecoms boom of 1999, the subsequent bust period, not to mention the financial crisis of 2008 and the global recession that followed.

Crucially, Rawls and the Finisar board raised sufficient cash before the telecoms bust of the early 2000s, with the $151 million IPO in November 1999 swiftly followed by another public offering that generated $191 million in April 2000.

In the extended bust period that followed, Finisar was able to keep expanding, with its $260 million acquisition of Infineon Technologies’ fiber-optic business in April 2004 adding some 1200 staff to the roster.

And despite some heavy losses posted in the wake of the global financial crisis, Rawls and the Finisar board were able to raise another $131 million in a follow-up offering in 2010 – since when deals to buy Optium and u2t Photonics, allied with a strong recovery in demand for optoelectronic components and modules, saw the company post a series of record-breaking sales figures and break through the billion-dollar turnover mark for the first time.

That Optium deal also saw Eitan Gertel take over as Finisar CEO for several years, before Rawls - who had switched to the "executive chairman" role in the meantime - returned to the CEO's office in late 2015.

VCSEL phase
The next phase of growth for Finisar looks as if it will be closely aligned with the emergence of VCSELs as the components of choice in new sensor modules like Apple’s “FaceID” feature, with other 3D sensing applications and lidar modules for future autonomous vehicles predicted to become major applications.

Rawls will be hanging around to witness that, with Finisar saying that he will continue to serve as a company director and work with Hurlston to ensure a smooth transition.

Rawls has also stepped down from the chairman role, where he has been replaced by lead director Robert Stephens. Stephens paid tribute to Rawls, saying in the Finisar announcement:

“Under Jerry's leadership, Finisar has grown from its founding in Quonset hut in Menlo Park, California, to a world-leading optics company with cutting-edge products and approximately $1.4 billion in revenues in its most recently completed fiscal year.

“We are deeply grateful to Jerry for his innumerable contributions to Finisar's growth and success to-date and are confident that he has positioned the company solidly for the great opportunities in our industry today.”