US medical laser firm says its French rival has been using its intellectual property without authorization. 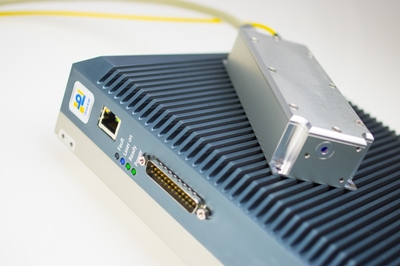 Iridex, the California developer of medical lasers, has launched a lawsuit against France-headquartered Quantel over the use of its “MicroPulse” laser technology for treating eye diseases.

Filed in the US District Court for the Northern District of California, the lawsuit alleges that Quantel’s products infringe US patent 7,771,417, that the company’s French and US divisions breached an earlier agreement between the parties, and infringed the registered MicroPulse trademark owned by Iridex.

According to the US firm, Quantel previously had a limited license to the patent and trademark in question, thanks to a deal signed in late 2012. But the license is said to have been terminated in early 2017 for “material breach”, while Iridex alleges that Quantel continued to use the relevant intellectual property without authorization.

The approach, based around a modulated continuous-wave source, allows tissue to cool between short laser pulses, which is said to reduce treatment risks and deliver a “tissue-sparing” treatment option.

For glaucoma, a laser trabeculoplasty procedure is used to reduce intra-ocular pressure. Iridex claims that with MicroPulse, there is no destructive, coagulative damage to the trabecular meshwork - an area of tissue located around the base of the cornea that helps to drain the aqueous humor via the front of the eye.

But he added: “We do not, however, anticipate any disruption to our ongoing commercial progress as a result of Iridex’s action, which we believe is without merit. Quantel intends to vigorously defend itself against such claims.”

Patent info
The patent in question, entitled “Laser system with short pulse characteristics and its methods of use”, is assigned to Iridex and dates back to August 2010.

It describes a system based around a frequency-doubled solid-state laser that is designed to result in “tissue-specific photoactivation”, without any photocoagulation damage caused to adjacent tissues, and without causing damage to the full thickness of a patient’s retina.

Included in the Iridex court petition is a copy of promotional material for Quantel’s “Easyret” product, which is based around a 577 nm fiber laser and provides photocoagulation thanks to its close match with the peak absorption of oxyhemoglobin at that wavelength. It is marketed with the option of “MicroPulse” mode – with the trademark credited to Iridex in the material cited.

On the same day that it filed the lawsuit, Iridex released preliminary financial results for the fiscal quarter and year ending in December 2017. It said that annual sales would now come in at just over $42.3 million, slightly below the range of between $43 million and $46 million previously indicated.