Researchers in Australia develop a triage approach that mimics expert pathologists, and suggest that method could greatly reduce the number of unnecessary biopsies. 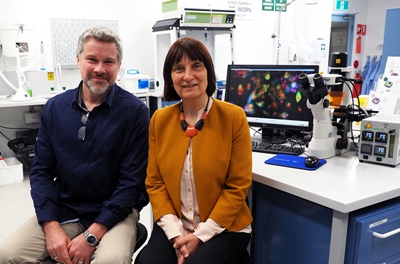 An automated image analysis technique developed by a team at Australia’s Centre of Excellence for Nanoscale BioPhotonics (CNBP) could aid in the diagnosis of bladder cancer, partly by reducing the number of biopsies taken unnecessarily.

Said to be able to analyze suspect lesions quickly and effectively and classifying them according to their cancer risk, the algorithmic triage approach takes account of features including the color, luminance and texture of sample tissue – mimicking the analysis that an expert pathologist might carry out.

Subjective visual assessment
Part of the difficulty with the human analysis of samples is that it is subjective, with individual physicians – particularly inexperienced ones – sometimes drawing different conclusions from the appearance of a suspect tissue image.

That can lead to both false-positive and false-negative diagnoses, with many patients undergoing unnecessary invasive biopsies, or worse – being wrongly given the all-clear.

CNBP researcher Martin Gosnell is the lead author of a paper entitled Computer-assisted cystoscopy diagnosis of bladder cancer describing the work that has just been published in the medical journal Urologic Oncology. He says: “Potential errors and unnecessary further interventions may result from the subjective character of this initial visual assessment.”

Pointing out that cystoscopy is one of the most reliable methods for diagnosing bladder cancer, Gosnell explained: “What we’ve done is develop a computer program to carry out an automated analysis of cystoscopy images.

“Images are taken of the bladder and its insides for suspicious lesions during a routine clinical patient evaluation. Dependent on the findings, this initial scan can then be followed up by a referral to a more experienced urologist, and a biopsy of the suspicious tissue can be undertaken.”

Zero false-negatives
What the Macquarie University team has shown is that the automated image analysis is able to identify tissue and lesions as either high-risk or minimal-risk.

“This is beneficial on multiple levels," continues Gosnell. “Following the analysis, high-risk diagnoses can be followed up more closely as a matter of urgent priority. Alternately, minimal-risk lesions can be identified early in the diagnostic process, reducing the number of referrals or biopsies that need to take place.”

According to the results quoted in the journal article, the false-negative rate for the automated approach was zero: none of the 233 cystoscopy images assessed algorithmically would have been diagnosed as cancer-free incorrectly.

At 50 per cent, the false-positive rate looks high at first glance. But the Macquarie team says that the automated approach is intended as a triage system, specifically designed to ensure that no cancerous tissue images are wrongly classified. Even so, the image analyzer could still reduce greatly the number of unnecessary biopsies taken from healthy patients.

Triage system
Ewa Goldys, deputy director of the CNBP and another author on the latest paper, says that the Macquarie system is able to analyze the specific color, luminance and texture of each piece of tissue that was being examined, down to the level of a single pixel.

“This provided a clear-cut classification system,” she added. “The presence or non-presence of specific characteristics in the image aligning with the healthy or cancerous nature of the tissue being examined.”

She believes that the results are extremely promising, noting the system’s ability to identify both cancerous and benign lesions accurately.

Goldys told optics.org: “The large number of false negatives is a result of our deliberate choice of the classifier. This is because we intended to develop a method that could be useful in patients' triage. One would not want to miss any of the suspected lesions, but classifying benign lesions as cancerous and recommending them for further, more detailed examination is perfectly fine.”

This additional analysis also has the potential to reduce the number of patients being given erroneous assessments or unnecessary bladder biopsies, offering increased efficiencies and effectiveness in cancer clinics, Goldys concluded, while in their paper the team stated:

“Our program could be used as a triage to identify patients who do not require referral or further testing.”

While the approach remains at the proof-of-concept stage for now, Goldys says that the general method could be applied to all cancers where the initial diagnosis is currently performed by visual inspection.