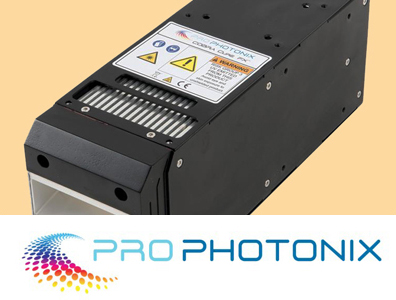 ProPhotonix, a developer of LED illumination systems and laser diode modules, with operations in Ireland and the United Kingdom, has announced its interim results for the past six months’ trading (H1), which ended June 30, 2017.

Tim Losik, President & CEO, commented, “The first half of 2017 was a pivotal period for the company as we deleveraged our balance sheet by paying off all of the term debt and launched new product lines to complement our existing award winning products.

He added, “Operating income decreased to $0.6 million from $0.7 million in 2016, mainly due to the increased sales and administrative costs plus expenses and investments in the company to support the future growth of the business.”

Looking ahead, Losik commented, “ProPhotonix has made and will continue to make investments in commercially-attractive OEM opportunities and product development including UV LED, multi-wavelength devices and laser technology advances, in the fulfillment of our strategy. We continue to concentrate our engineering capacity in the areas that we believe are poised for fast market expansion.

"The first of these is the UV LED and laser market for various applications including: printing, curing, bonding, 3D printing, bio-luminescence, medical microscopy and other applications. We have this year launched several versions of our Cobra Cure product and we continue to work with many potential customers in their applications using this technology.”

“We see opportunities which include a broad range of applications in printing, microscopy, industrial inspection and sorting, solar simulation and security markets. We plan to continue to launch new higher power products while continuously enhancing our current product lines to serve these markets."