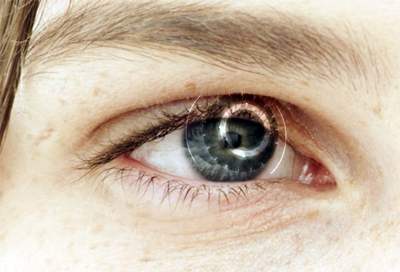 Foveated rendering is a new approach to VR eye-tracking.

Japanese start-up company FOVE is now offering consumers a virtual reality headset, which integrates eye-tracking as a novel means of interaction. The technology depends on tiny chip LEDs developed by Osram Opto Semiconductors to provide the infrared illumination to track the wearer’s direction of gaze and eye movements.

FOVE says it has developed a “sophisticated reality system that allows wearers to immerse themselves in another world, with enclosed headsets shutting them off from their real surroundings.” To provide an authentic virtual experience, the sensors need to keep track of users’ actions and positions and integrate these with their location and movements into the virtual realm.

The technology allows for “foveated rendering”, a new approach that significantly reduces demand on both computing power and graphic cards. Based on the information about the user’s point of gaze, VR systems can then adjust the resolution and render areas in the direct field of vision in high resolution while allowing for lower resolution in the periphery.

Eye tracking systems illuminate the user’s eyes with infrared light, register the reflections with an IR-sensitive camera sensor and use dedicated algorithms to determine the user’s direction of gaze and eye movements.

Lochlainn Wilson from FOVE explained, “For this application, we chose Osram’s IR LEDs because they meet all of our technical specifications. One of our main deciding factors was that only very little light lies outside the central emission spectrum and is therefore lost, which meant we could streamline our optical filter design process and maximize our sensor performance.”

To design this function into a headset, several infrared LEDs are mounted around the two lenses. FOVE employs SFH 4053 ChipLEDs from Osram, which measure only 0.5 mm x 1.0 mm x 0.45 mm in size. Their emission wavelength of 850nm matches the spectral sensitivity of the camera sensor and their beam angle of +/- 70° ensures even illumination of the user’s eyes.

Hiroshi Okuma, Marketing Manager for Emitter, Laser, Sensors (ELS) at Osram-OS, commented, “Through collaboration with FOVE, we are the first supplier to provide an eye tracking solution for a VR headset.” 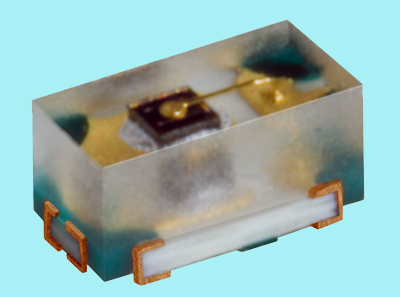 FOVE also uses infrared sensor technology to track a user’s position and movements in order to integrate these into the VR action. Several Osram SFH 4253 TOPLEDs are mounted around the headset creating a pattern of IR light dots, which are registered and tracked by a camera to determine the user’s movements.

At 850 nm, the emission wavelength of the SFH 4253 matches the spectral sensitivity of the system's photo sensor. The radiation characteristics and package geometry of the emitter also match the requirements for the application. Osram OS has supported the development of VR and AR systems for years and is continually expanding its portfolio for this field of application.

FOVE was founded in 2014 by Yuka Kojima, a former game producer at Sony Interactive Entertainment, and Lochlainn Wilson, a self-described “VR geek”, and a developer with significant experience in virtual reality.

The 25-strong company started life at the University of Tokyo’s academic collaboration facility and further development is being carried out at one of Japan’s top hardware laboratories. Kojima says, “We are committed to incorporating the latest VR technology, with cooperation from Asian hardware manufacturers such as Foxconn and Samsung.”