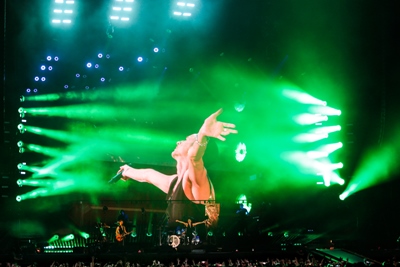 Posting a slight year-on-year decrease in its latest quarterly sales, Philips Lighting says that LED-based products jumped 14 per cent at the same time and now account for 63 per cent of company turnover.

The ongoing switch from incandescent and compact fluorescent bulbs to solid-state lighting technology continues to gather pace, with new applications in horticulture and architectural lighting adding to momentum in connected lighting systems.

2 billion LED bulbs
Overall, Philips Lighting posted a net income of €73 million on sales of €1.7 billion for the three months that ended June 30, with CEO Eric Rondolat saying he was confident that the company – spun out from its parent via an initial public offering of stock (IPO) just over a year ago – would hit its full-year sales targets.

“While we are cautious given global economic uncertainty, we are confident that we will return to positive comparable sales growth in the course of this year,” announced the firm.

Philips Lighting has set itself a goal of selling more than 2 billion LED bulbs by the end of 2020. Last month the firm said that by the end of 2016 it had already sold some 628 million, suggesting that it was well on track to hit the target.

It is urging cities around the world to switch to LED street lighting by 2025, citing its installation of connected solid-state lighting in Los Angeles as the reason for a 63 per cent reduction in the Californian metropolis’ lighting-related energy consumption last year.

However, speaking at the eighth Clean Energy Ministerial (CEM8) summit in Beijing in June, Harry Verhaar, head of global public and government affairs at Philips Lighting, said that although the adoption of LED street lights in some locations was encouraging, the rate of overall uptake is currently far too slow. He believes that the rate needs to at least double in order to offset the increasing demand for energy.

“Renovation of existing infrastructure with connected LEDs not only saves significant amounts of energy, it makes financial sense and provides cities with better lit, safer streets,” he told delegates at the event.

Russian cucumbers
Meanwhile, Philips Lighting has been involved in a series of high-profile installations in sports stadia and other architectural projects – including football grounds in Istanbul, Lyon, and Seville, as well as bridges in Montreal and Hanoi.

It has also begun installing what is claimed to be the largest LED horticultural lighting project in the world – to grow tomatoes and cucumbers year-round in Russia.

Philips Lighting is working with Dutch partner Agrolux and Russian installer LLC ST Solutions, who will equip greenhouses in Lyudinovo, Kaluga Oblast, 350 km south west of Moscow, with the technology.

“Thanks to this technology we will be able to increase yields in the darker months of the year, and significantly reduce our energy usage,” said Irina Meshkova, deputy CEO at Agro-Invest.

Udo van Slooten, who heads up Philips Lighting’s horticultural lighting business, added: “This LED horticultural project is the largest in the world. It will reduce the electricity consumed to light the crop by up to 50 per cent compared with conventional horticultural lighting and uses light recipes designed to boost quality and crop yields by up to 30 percent in the dark period of the winter.

“Our grow lights are the perfect supplement to natural daylight so that crops can be grown efficiently throughout the year. The project also highlights a growing international trend to replace imports with domestically grown produce, reducing food miles and ensuring freshness.”