Stemmer Imaging reports positive year – and end of an era 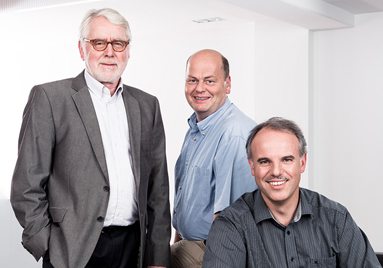 Stemmer Imaging, a leading European machine vision technology supplier, has ended its latest business year (on 30 June 2017) with a turnover of €88.7 million, equivalent to annual growth of 6%. Furthermore, after 44 years, founder Wilhelm Stemmer has announced he is now handing the company over to “proven successors”.

"The biggest increase as a percentage was realised by our branches in Finland, the Netherlands and Switzerland,” said managing director Christof Zollitsch. "It was unfortunate that substantial growth, especially in the UK but also in Sweden, was offset due to the depreciation of the local currencies against the euro."

He added that it was particularly pleasing that the share of turnover attributable to customer services had increased further in the preceding year.

“We have extensive resources in this area that enable us to significantly reduce the effort that our customers have to put in to meet their machine vision needs. Our range of services increases customer profitability and thus represents a major incentive for working with Stemmer Imaging."

The close of the business year 2016/17 also represents the end of an era for the Puchheim-based firm. Founder Wilhelm Stemmer has sold his shares in the company with effect from 30 June 2017 and is retiring from the operative business. 75.04 percent of the shares are now held by Munich-based AL-KO AG, parent company of the internationally-active AL-KO Kober SE. As part of the transaction, the company’s established management team acquired the remaining 24.96 percent of the shares.

Stemmer commented, “I have been an entrepreneur for 44 years and am now 73 years old. It was time for me to find a sustainable succession plan to ensure the continuation of my life's work. "With AL-KO AG as the majority owner, Stemmer Imaging will continue to be able to tap into future markets and expand them further,” he said.

From now on Martin Kersting, who has been a partner in the business until now, will control the fortunes of Stemmer Imaging as managing director together with Christof Zollitsch, who has been co-shareholder and second managing director since 2001. Stemmer added, “So I know that the company is in the best hands for the future and I wish both of them and indeed the entire workforce all the best for the future."