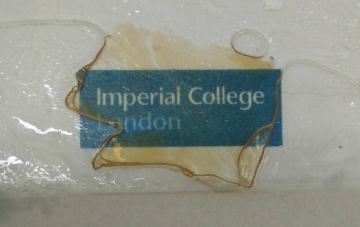 Accurate imaging of the structures within biological tissues is vital in many clinical contexts, but the inherent scattering properties of the tissue makes deep and clear imaging problematic.

One solution is to make the tissues optically transparent, and a range of chemical recipes and infusions have been investigated for their potential ability to achieve this.

None of them have proven to be ideal, however, and the process can present specific difficulties in some particular tissues of interest.

A project at Imperial College has developed a tissue clearing protocol specifically designed for cardiac tissue, one that could be of value for both basic research and translational medicine.

The work was published in Scientific Reports, where 3D-imaging through 300-micron human and canine myocardial slices was reported.

"Cardiac tissue is quite dense," commented lead author Filippo Perbellini. "Using standard microscopy methods we are able to image the surface of the samples, about 20-30 microns from the surface. With more sophisticated methods we can achieve 50-80 microns depth, but we were never able to image a whole myocardial slice."

Faster sample preparation
The clearing protocol, based on a reagent mixture termed Free-of-Acrylamide SDS-based Tissue Clearing (FASTClear), has been applied in the past to brain preparations, but the Imperial College study is said to be its first use in a protocol optimized for 3D visualization of adult myocardium. Having proven its potential value in these trials, the team believe that the protocol could now be applied to tissues from a number of different animals.

One particularly attractive advantage of FASTClear is a potentially faster route to effective optical clearing than the currently established protocols, which can take considerable time to render the tissues transparent.

A previous use of optical clearing to observe a whole mouse heart used a protocol designed to clear the entire body of the specimen, and required ten days to two weeks for completion. In contrast, and naturally being applied to smaller tissue volumes, FASTClear achieved clearing of human and canine myocardial tissues in around 45 minutes.

Examination of the cleared tissues with confocal microscopy successfully revealed the key micro- and macrovasculature within the cardiac samples. In addition, applying second-harmonic generation microscopy allowed the team to visualize the collagen content and its distribution in cardiac tissues, a key factor in assessing cardiac fibrosis.

"We have used a sample taken from human heart during heart transplantation, but we could do the same with tissue from a biopsy from a patient," said project leader Cesare Terracciano. "As a diagnostic tool, it would be able to us tell how fibrotic the tissue is, showing the changes in structure of a failing human heart and how this disrupts it from beating as the heart becomes less elastic."