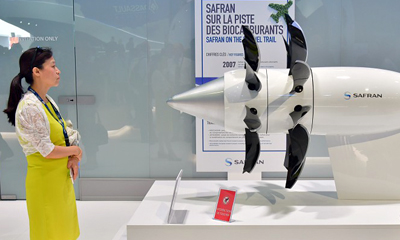 Cailabs has developed a patented disruptive photonics technology, called Multi Plane Light Conversion, based on the manipulation of light. Based in Rennes, Brittany, the company is developing a range of light-shaping components based on its approach.

Cailabs makes photonic products, including components, modules and subassemblies for the telecoms and industrial laser markets. The company has already developed two main applications: spatial multiplexing for telecommunication networks, and for high-power industrial lasers, which can be used for welding, cutting, surface treatment and additive manufacturing.

The partners comment, “Data transmission requirements on aircraft are increasing steadily, because of connectivity demand from passengers, increased data exchange between onboard computers (health monitoring) and upcoming requirements for flight safety and security.

Fiber-optic networks are starting to be deployed on the latest-generation aircrafts (such as the Airbuses A380 and A350, and the Boeing 787), but face specific challenges compared to traditional terrestrial optical fibers because of the fragility of conventional optical fibers, and aviation certification requirements. 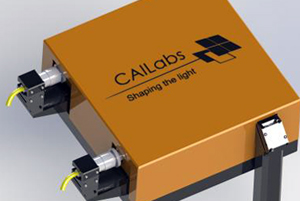 "The development of very-high-speed capabilities is the inevitable solution to optimize aircraft onboard networks. Safran Electrical & Power is working with Cailabs on optical fibers based development projects with for next generation wiring systems, with several potential business cases under consideration."

After seed investment of €3.5m from early stage funds such as Innovacom and Starquest, along with business angels, Safran then led the new round of financing of €5m euros, subscribed by Safran Corporate Ventures and existing shareholders. This round will enable the company to bolster its industrial and commercial development, and support international expansion.

"Cailabs is forecasting strong growth from now to 2020 because of its very innovative solutions to critical industrial problems," said Eric Dalbiès, Safran, executive vice president for Strategy and M&A, and Chairman of Safran Corporate Ventures. "In addition to the company's priority on telecommunications sector, Cailabs has sterling opportunities in several of Safran's core business activities, especially aircraft wiring and industrial lasers applications. The stake acquired by Safran Corporate Ventures will help accelerate developments in those areas."

Along with this transaction, Grégoire Aladjidi, Head of Safran Corporate Ventures, will join the Cailabs Board of Directors.