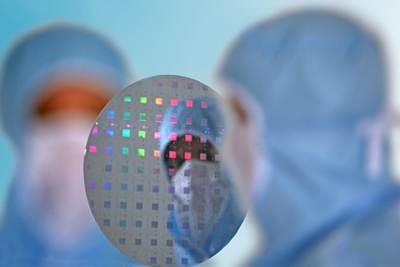 ULIS, the developer of thermal imaging sensors originally spun out of the CEA-Leti research institute in France and part of the larger Sofradir Group, says it will double spending on technology development activity after a strong rise in sales last year.

At €15 million, the new level of research spending will equate to 20 per cent of annual revenues – double the previous percentage.

Enormous investment
ULIS’ managing director Jean-François Delepau said in a release from the Grenoble-headquartered firm that the increase in research spending was intended to “democratize” thermal imaging sensors, making the technology available and affordable for virtually any application area.

“It has taken an enormous investment in capital, human resources, skills and technological expertise and much dedication from ULIS staff to gain the market confidence in our products and innovations that we enjoy today,” added Delepau.

“Today, the diversity of market applications for thermal imaging is creating a new dynamic; changing the rules of the game. The barrier to entry has been raised. Success requires a greater intensification of resources and state-of-the-art know-how across all domains, plus the experience to transform these assets into value-added products.

“We look forward to fulfilling our promise to provide thermal sensors that are the best suited to meeting market demands for the right performance and quality at the right cost.”

Back in 2012, ULIS invested around €20 million to triple capacity at its manufacturing operation in Veurey-Voroize, partly by shifting its CMOS sensor production process to larger-diameter silicon wafers in a bid to target more cost-sensitive applications.

Since then, the ULIS workforce has swelled from 140 to around 200 employees. When it span out of the CEA Leti lab in 2002, the company began with a staff of 35.

In scaling up and cutting the cost of its microbolometer technology, ULIS has been able to target sectors like firefighting, automotive and outdoor leisure pursuits - building on the more traditional application areas of defense and surveillance.

Recent innovations have included ULIS’ first family of sensors featuring a pixel pitch of 12 µm, with the uncooled devices said to enable a 20 per cent cut in overall costs by reducing the size of associated optics required for thermal imaging.

That introduction follows similar strategic moves by FLIR Systems and BAE Systems to cut the cost of thermal imaging sensors, and ULIS claims it is now the second-largest producer of microbolometers globally.

With the latest hike in research investment, the company says it will look to penetrate the emerging markets for thermal imaging in consumer electronics and smart buildings.