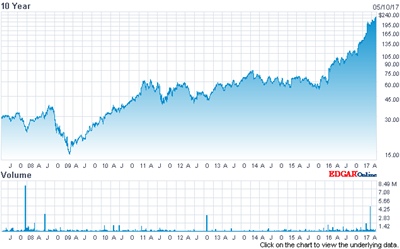 Laser giant Coherent has smashed sales forecasts in its latest financial quarter – the first to include a full set of results including 2016 acquisition Rofin-Sinar.

As a result, Coherent has decided to accelerate its investment in internal capacity at key sites including its excimer laser system facility in Göttingen, Germany, and its large-optics fabrication center in Richmond, California.

Blowout quarter
At $422.8 million for the three months ending April 1, the Californian company’s sales revenues were more than double the $199.9 million figure reported a year earlier – although that was before the Rofin had been completed - and way above the anticipated high of $410 million forecast in February.

“We are seeing unprecedented demand across many of our verticals as we capitalize upon market trends as well as research and development investments made over the last few years,” said Ambroseo, adding that the largest single opportunity remains in FPDs. Here, the general industry transition to organic LED (OLED) screens plays into Coherent’s hands, since it supplies large excimer laser systems that are used for a key annealing step in volume production. 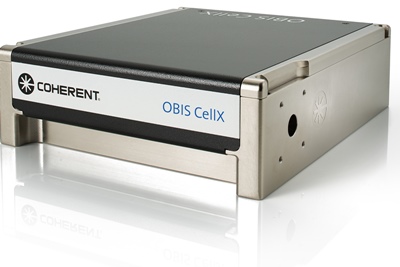 As a result of demand from the FPD industry, Ambroseo told investors, Coherent is set to “pull in” investments in laser system and optics capacity to meet the requirements of its customers.

Examples of the demand growth in terms of display area come from the recent launches of around half-a-dozen laptop PCs and a high-end Samsung tablet featuring OLED screens.

Stock at all-time high
Combined with strong increases in demand for high-power fiber lasers, where laser cutting and battery welding applications are providing market traction, and a semiconductor capital equipment industry said by the CEO to be “in high gear”, the blow-out performance and optimistic outlook saw Coherent’s stock price rise more than 10 per cent in pre-market trading following the latest results call, to an all-time high of $248 when Wall Street opened for business.

Now equivalent to a market capitalization of close to $6 billion, the stock is up from around the $90 mark when the $942 million deal to acquire Rofin-Sinar was first announced.

The acquisition already appears to be paying solid dividends, with Ambroseo noting that the previously separate teams of workers have been able to combine their efforts with minimal impact on their customers.

And thanks to strong cash generation, Coherent has also begun paying down some of the debt finance used to acquire Rofin, and has renegotiated the terms of the debt to a significantly lower rate of interest.