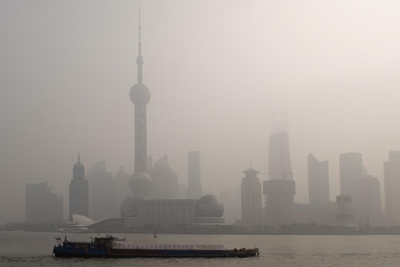 The industrial technology giant Honeywell is launching a new sensor based on laser light scattering that is able to monitor concentrations of tiny but harmful airborne particles.

Implicated in lung and cardiovascular diseases, so-called “PM-10” and “PM-2.5” particulates (meaning particles measuring 10 µm and 2.5 µm across) are generated by burning wood, coal, and other fuels, and are considered to be a serious health risk – particularly among the young, elderly, and those suffering from conditions like asthma.

The company’s “HPM” sensor can be integrated in heating, ventilation and air conditioning (HVAC) systems and consumer products to measure air quality in homes, buildings and public spaces.

One has already been incorporated in a new portable Honeywell product aimed at consumers in China – where smog is widespread in many industrial cities.

Air quality management
The laser sensor is able to measure PM-2.5 and PM-10 concentrations in a range between 0 and 1000 µg per cubic meter, to a claimed accuracy of plus or minus 15 per cent.

Particulates below 10 µm in diameter are said by the US Environmental Protection Agency (EPA) and other authorities to represent the most serious problem, because they are small enough to get deep inside the human lung, with some even able to cross into the bloodstream.

Graham Robinson, president of Honeywell's “sensing and Internet of Things” business unit, said: "Particle sensors play a critical role in measuring and managing the quality of the air we breathe to help protect our health.”

According to Honeywell’s data sheet on the HPM, the laser sensor is based on the light-scattering effect. The laser source illuminates particles as they are pulled through the detection chamber, with the impact on a photodetector converted into an electrical signal providing particulate size and quantity to calculate concentrations in real time.

The new sensor, which sounds very similar to a mirrored device developed for the same kind of applications by Japan’s Mitsubishi Electric, can be used in a range of consumer products such as air purifiers, automotive air systems and mobile air quality detectors, Honeywell says.

The sensor’s electrical output can be fed into HVAC control systems in buildings and homes or into other air monitoring devices. “This information can alert building operators that air purification systems should be activated, or if outdoor air could be used to improve indoor air quality, or when an air filter needs to be changed or early maintenance should be performed on indoor air delivery systems,” states Honeywell.