Photonics industry urged by lobbyist to keep an eye on Jared Kushner, amid potential opportunities in infrastructure, defense and medicine. 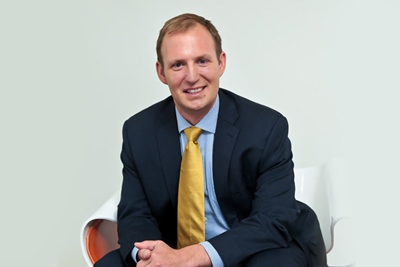 by Ford Burkhart in Anaheim
It’s a key US budget moment, and a leading DC lobbyist has some pointed advice for photonics CEOs and others: engage, starting now, and keep at it, at every level from local to national.

Josh Holly, a former spokesman for the House Armed Services Committee and a lobbyist for Podesta Group with close ties to some big-hitters on Capitol Hill, spoke at the SPIE Defense and Commercial Sensing (DCS) gathering in Anaheim, California, on April 13.

His talk, on “Navigating Defense and the Budget in President Trump’s Washington,” urged leaders in the photonics sector to tell their story at the local level, moving up to US senators, Congress members and cabinet-level offices.

“If you are not at the table, you’re on the menu,” Holly said. Or, quoting key White House adviser Steve Bannon, “If you are not in the room, you are out of the deal.”

Internationally, Holly insisted there should be no “pull-back”, despite the turbulent first two months of Trump’s administration. The new president, he claimed, has in fact had very good bilateral meetings with his Chinese counterpart.

With a turn of phrase not unlike Trump himself, Holly said: “Good bilateral things are happening, business to business.” He added: “The United States has the premier universities, energy is cheap, and this is a good place to do business.”

Infrastructure opportunity
Holly believes that, domestically, the time is ripe to push photonics-related themes, as new budgets take shape. “Take advantage of major legislative ideas being pushed now, especially on infrastructure,” he said. “Washington is looking at updating the energy grid, and drafting an infrastructure bill.

“That’s where the National Photonics Initiative will be effective. Those bills are just in the concept stage, and nobody knows what they will look like.”

The Trump administration is also calling for several billion dollars more in defense “RDTE”, or research development, testing and evaluation. That will include so-called “directed energy” devices, in other words laser weapons. The F35 aircraft, which has been dubbed a “flying sensor fusion machine,” will be at the center of these efforts, “and photonics will enable that.”

The lobbyist said Washington is already looking towards the details of the fiscal year 2018 budget, even though the deadline for the 2017 budget is still days away. And he warned that legislators may still stumble their way into a government shutdown by the end of April.

That new defense spending bill will need Democratic support in the House of Representatives, and may fail to get it, he said.

On the medical side, following the failure of the Republicans’ initial Obamacare repeal effort, a combination of bills will likely be passed. Some of that legislation could provide support for photonics devices, perhaps in the form of medical imaging and cutting-edge science.

“There’s a push to deregulate some of that, and speed up the approval process,” Holly said. “That’s coming from President Trump, a push to rethink government, in a smart way to speed up processes of the government.”

Holly also urged the photonics industry to keep an eye on Jared Kushner as chair of the White House Office of American Innovation. “Part of what they are doing is looking at how you structure government to be more responsive to technology and to citizens,” he said. “We need reforms to take advantage of the business innovations of last decade.”