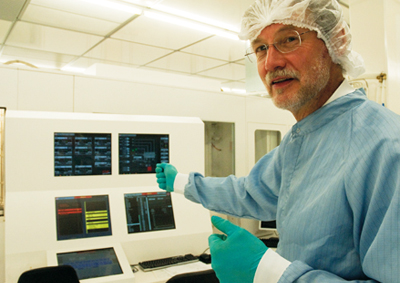 Researchers in Oslo, Norway, are developing environmentally-friendly solar cells of the future, which, they say, will capture twice as much energy as the cells of today. Their approach is to combine two different types of solar cells to utilize a greater portion of sunlight, says Professor Bengt Svensson of the Department of Physics at the University of Oslo (UiO) and the Centre for Materials Science and Nanotechnology (SMN).

“These cells are going to be the world’s most efficient and greenest yet. There are currently solar cells that are just as efficient, but they are both expensive and toxic. Furthermore, the materials used in our solar cells are readily available in large quantities.”

Svensson is one of Norway’s leading researchers on solar energy, according to the university’s magazine Apollon, and for many years, he has led major research projects at the Micro and Nanotechnology Laboratory (MiNaLab), which is jointly-owned by UiO and the Foundation for Scientific and Industrial Research at the Norwegian Institute of Technology (Sintef).

The physicists are now making use of nanotechnology and will develop new solar cells in the European research project, Solhet (High-performance tandem heterojunction solar cells for specific applications), which is a collaborative project involving UiO, the Institute for Energy Technology (IFE) at Kjeller, Norway and the University Polytehnica of Bucharest, Romania.

Ninety-nine per cent of today’s solar cells are made from silicon, but unfortunately, silicon solar cells only utilize around 20 per cent of sunlight’s spectrum; the world record is 25 per cent, but those solar cells require rare materials that are also toxic. The theoretical limit is 30 per cent. The explanation for this limit is that silicon cells primarily capture the light waves from the red spectrum of sunlight; most of the other wavelengths remain unutilized.

The new solar cells will be composed of two collector layers. The first layer will still be composed of silicon; the new method is to add another layer on top of the silicon. The second layer is composed of copper oxide and is intended to capture the light waves from the blue spectrum of sunlight.

There will also be other layers in the solar cell panel. On the back surface, a protective glass layer will be deposited, along with a metal layer that conducts the electricity out of the solar cell. The front side will have an antireflective coating, so that the light rays are captured rather than reflected away.

Svensson explained, “The challenge is to develop copper oxide with a band gap that is precisely large enough so that the electrons can be captured before they fall back down to their electron holes. We’ve been working on this for a number of years, and we are beginning to understand how this can be done.”

One of the unsolved problems in the new solar cells is the boundary area between the different layers. “When the layers are deposited on top of each other, chemical reactions take place that reduce or in the worst case destroy the solar cells,” said Svensson. The issue here is the boundary surface between the solar cell layer that captures energy from the blue light and the outermost layer of zinc oxide that both protects the cell and conducts the electricity out of the cell. Unfortunately, the electrons die at this boundary surface.

One possible solution is to deposit other substances between the layers so that the chemical changes are minimized. Another possibility is to lace the buffer with gallium oxide, but this substance is not environment-friendly; pure gallium is toxic.

By making the buffer as thin as just one to two nanometers, the chemical effect is minimized. “The thicker the intermediate layer, the more electrons will be inhibited underway. That destroys the electrical capacity. If the electrons are inhibited in the buffer layer, the solar cells no longer function.” 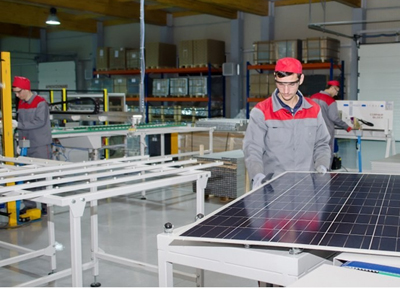 The theoretical modeling about how the buffer layer ought to appear is done at the University Polytehnica in Bucharest. Here, Professor Laurentiu Fara has calculated and simulated the optimal thickness of the solar cell layers, the best possible way for the layers to be deposited together, and how it is theoretically possible to extract the greatest possible amount of electricity.

“We have high expectations that the solar cells can become reliable and profitable, but we’re very aware that a great deal of hard work still remains,” emphasizes Laurentiu Fara. UiO is performing the experimental part of the work. IFE will develop the prototype for producing the solar cells in great volumes. In addition, IFE is the main coordinator for the whole research project.

“We have already worked with silicon-based solar cell technology for many years in collaboration with the Norwegian solar cell industry. Now we’ll look into how the two solar cell layers can be adapted to each other in order to get the greatest amount of power out of the whole solar cell and into how the two cells affect each other both optically and electrically,” say Sean Erik Foss and Ørnulf Nordseth at IFE.

They tell us that very many researchers and technology firms are working now on the new type of solar cells with silicon in the bottom layer and a layer of “more exotic materials” on top. The Romanian solar cell company, Wattrom, intends to show that it is possible to manufacture the new solar cells.