New groupings in Mexico, Finland and Canada-France-Germany gather to network with partners from across the globe. 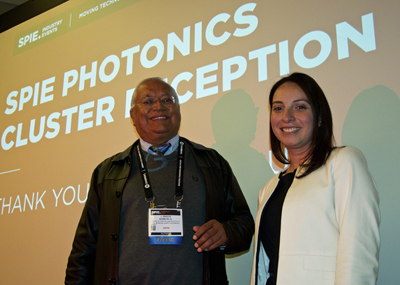 Azul Ogazón Gómez, deputy trade and investment commissioner from government agency Pro Mexico gave an outline of the state of photonics research at Mexico’s key universities and expressed the hope that the country would soon start to launch photonics companies.

“Over recent years, the Academia Mexicana de Óptica and ProMéxico, the Mexico’s government agency for promoting the country globally for foreign investment, started a joint collaboration that led to the Mexican Photonics Initiative,” she said. “This mechanism has established cooperation between industry, government, academia and society, to develop national optics- and photonics-based industries.”

The new cluster’s mission statement is “Towards a Brighter Mexico”, and the group intends to create a sustainable and competitive photonics ecosystem jointly coordinated between industry, academia and government. The roadmap focuses on four areas: energy, telecommunications & IT, health & medicine, and advanced manufacturing. Gómez said the cluster’s aim is to build strong capabilities in LEDs, optical fiber, photovoltaic cells, lasers and detectors. 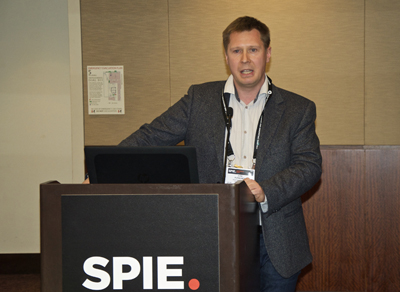 Representing Mexican photonics R&D at the event was Dr. Oracio Barbosa García from the Centro de Investigaciones en Optica (CIO), at the city of León, in the state of Guanajuato (Gto). Dr. Barbosa founded the research group into optical properties of materials, initially centered on the study of non-radiative energy transfer processes among rare earth ions. Currently his group is focused on the study of linear and non-linear optical properties of inorganic and organic photonic materials.

Next up was Juha Purmonen, CEO of Photonics Finland, who introduced his country’s photonics capabilities with the tantalizing invitation, “We don’t need money or ideas, we need partnerships.”

"Photonics Finland now has over 280 members including about 35 corporate members,” he said. “There are seven workgroups and activities are coordinated by the board and myself as executive director. We have conducted a survey and have found that Finland now has at least 200 companies with photonics activities.”

Purmonen presented a range of statistics and information about his members and the wider industry: Most Finnish photonics companies are small with less than €5 million annual turnover; the median company has 15 employees; most companies make systems, instruments and components; and the estimated total annual revenue of photonics business in Finland is over €850 million.” 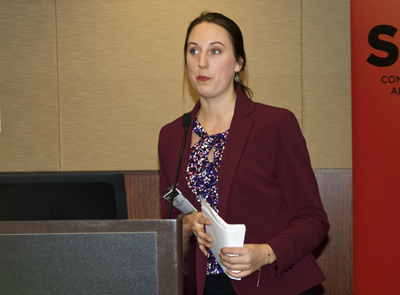 Photonics companies in Finland are export-intensive with key export markets in Europe and Asia; they are expected to grow rapidly during 2017-2020, with average turnover up 27 % per year and the market size expected to grow 21 % annually.

Purmonen concluded, “The highest growth potential is in emerging lighting, electronics and displays markets. We are calling for assistance in finding partners both in Finland and foreign markets to boost growth.”

The SPIE cluster meeting, which is growing in attendance each years, also saw brief presentations and updates from regulars including a newly-expanded Canadian-French-German group, other French clusters, Netherlands, UK, South Australia, Arizona and more.

Peter Hallett, SPIE’s Director of Marketing and Industry Relations wrapped up the meeting saying “it was great to see the event growing and attracting such a wide range of participants from the United Nations of photonics.”