LEDs 'took half billion tons of CO2 from atmosphere' in 2017 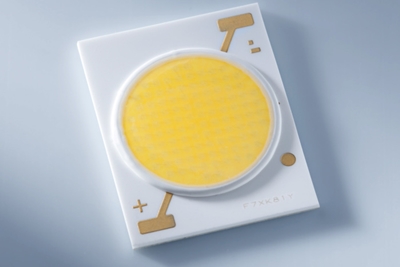 The use of LEDs to illuminate buildings and outdoor spaces reduced global carbon dioxide emissions attributable to lighting by an estimated 570 million tons in 2017 – according to a report from analysts at IHS Markit.

With the semiconductor-based lighting using an average 40 per cent less power than fluorescent bulbs, and 80 per cent less than older incandescent technology, that reduction is said to be roughly equivalent to shutting down 162 coal-fired power plants.

Report author Jamie Fox said that the widespread adoption of efficient LED lighting was also having an impact on air quality because of the reduced need for burning fossil fuels, adding: “While other activities affect climate change more than lighting does, it is still a very strong contribution from a single industry sector.”

Rebound effect?
Prior to the switch to LEDs, it was generally estimated that around one-fifth of all electricity consumption was used for lighting applications.

According to the IHS Markit report, it means that LED component and lighting companies were responsible for reducing the global carbon footprint by an estimated 1.5 percent in 2017. The analyst firm expects that number to continue growing as more LEDs are installed, and the share of total lighting taken by the technology rises quickly from today’s estimate of 35 per cent.

However, the IHS Markit conclusions contrast with findings reported last month in the journal Sciences Advances suggesting that the anticipated reduction in energy consumption resulting from LED use is compromised by an accompanying increase in total lighting known as the “rebound effect”.

That study, led by a team at the German Research Centre for Geosciences in Potsdam using a calibrated satellite radiometer, found that Earth’s artificial outdoor lighting was in fact growing by an average 2.2 per cent per year – with the authors writing that these results were “inconsistent with the hypothesis of large reductions in global energy consumption for outdoor lighting because of the introduction of solid-state lighting”.

Nichia leads the way
Nevertheless, Fox and colleagues have used their historic data on market share for leading LED component suppliers to evaluate which companies can take credit for the suggested reduction in carbon emissions.

“Based on an analysis of this data, Nichia can claim credit for having saved the most carbon overall — accounting for 10 per cent of all LED lighting reduction achieved in 2017,” reported the analyst firm.

That translates to some 57 million tons of carbon dioxide, equivalent to 16 coal-fired power plants.

Following the Japanese LED pioneer in the IHS Markit rankings is US-based Cree with 8 per cent, with Lumileds, Seoul Semiconductor, Samsung, and LG Innotek each accounting for 4-7 per cent of the total.

That analysis does not take into account the much-increased lifetime of typical LED lamps compared with conventional lighting, meaning that the full life-cycle savings are likely even higher.

“LED component companies and lighting companies have transformed their industry,” Fox said. “They are fighting climate change much more effectively than other industries, and they should be given credit for it. Unlike in other industry sectors, workers at LED companies can honestly say that by selling more of their products, they are helping to reduce global warming.”