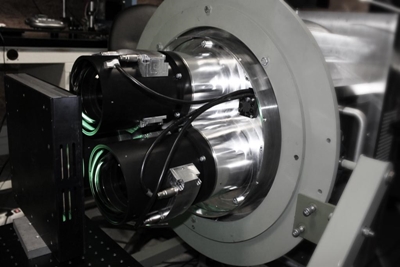 A UK-France collaboration has won €1.68 million to speed their development of a gigapixel-resolution camera suitable for aerial surveillance applications.

Limoges-based IMAO, which specializes in high-quality aerial imagery captured by its fleet of eleven aircraft, is partnering with high-specification lens maker Resolve Optics on the project.

Thanks to the funding for the "Aerial BCP2 project, the two firms are set to improve the resolution of their current 660 megapixel camera prototype to the gigapixel level.

Prototype development
The two companies say that the prototype 660 megapixel camera is already capable of producing images up to three times larger than the standard image size generated by other large-format cameras on the market.

According to IMAO, its “B66” camera features a pixel size of 6 µm, and is able to capture RGB and NIR images via a triple-lens system. From an altitude of 3000 meters, the camera offers a ground resolution of just 10 centimeters.

It means that as well as producing high-quality surveillance data, fewer images are needed for geographic data mapping, while there is also a saving in terms of data processing time.

Resolve and IMAO expect to produce their gigapixel camera by 2020, and say that its even higher resolution capability will further reduce the number of flights required to capture data, and deliver higher-quality images for the likes of Google maps, construction sites and other mapping and surveillance projects.

As well as the RGB and NIR imagery, the IMAO fleet flies three different lidar sensors. The acquired lidar data is suitable for applications ranging from grid and powerline monitoring to archaeology.

Among the other photonics companies to win support via the SME Instrument scheme in recent months are Poland-based SDS Optics, which is developing components for cancer detection, and Spain’s Voptica, whose “visual adaptive optics” simulator is said to allow patients to experience the effect of intraocular lenses or laser surgery on their vision before the actual operation.