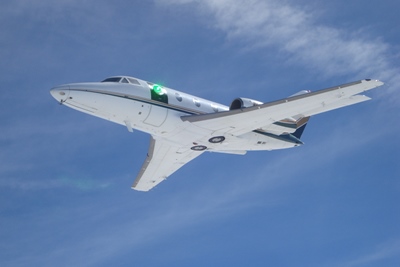 The US Air Force Research Laboratory (AFRL) has selected Lockheed Martin to lead a $26.3 million project to develop a high-power fiber laser weapon for a tactical fighter jet.

AFRL, which says that it plans to test the laser by 2021, awarded the contract as part of its “Self-protect High Energy Laser Demonstrator (SHiELD)” program, and describes the effort as a major step forward in the maturation of protective airborne laser systems.

The award comes only a month after Lockheed agreed a similar $9.4 million contract with the US Missile Defense Agency to develop a lower-power missile “interceptor”.

According to an article published by Jane's 360 earlier this year, the AFRL intends to field a laser powerful enough to destroy components like circuit boards and control fins on enemy targets, not to simply blind sensors.

60 kW Army shipment
Earlier this year, Lockheed shipped a 60 kW-class fiber laser weapon to the US Army - and indicated that the technology first developed under the Robust Electric Laser Initiative (RELI) was sufficiently compact, lightweight, and reliable for applications on land, sea and air.

Rob Afzal, senior fellow of laser weapon systems at the defense contractor, said: “We have demonstrated our ability to use directed energy to counter threats from the ground, and look forward to future tests from the air as part of the SHiELD system.”

He indicated that although it would be a “completely new and different challenge” to fit a similarly powerful laser system into a smaller platform suitable for airborne tests, the technology was now looking sufficiently mature to be embedded in an aircraft.

“The development of high-power laser systems like SHiELD show laser weapon system technologies are becoming real,” Afzal said. “The technologies are ready to be produced, tested and deployed on aircraft, ground vehicles and ships.”

The SHiELD program is based around three subsystems:

• SHiELD Turret Research in Aero Effects (STRAFE): the beam control system, which will direct the laser onto the target;
• Laser Pod Research & Development (LPRD): the pod mounted on the tactical fighter jet to power and cool the laser; and
• Laser Advancements for Next-generation Compact Environments (LANCE): incorporating the high-energy laser source.

Aside from the RELI project, Lockheed’s experience in the development of laser weapon systems goes back more than 40 years and includes the 30 kW-class ATHENA (Advanced Test High Energy Asset) and ALADIN (Accelerated Laser Demonstration Initiative) systems.

Some of the defense contractor’s expertise in the field was gained through its 2008 acquisition of fiber laser specialist Aculight, and Lockheed manufactures high-power modules for its laser weapons at the subsidiary's Bothell, Washington, site.

Aside from the challenging space and weight constraints, the deployment on a fighter jet would require a laser weapon to operate at significantly longer stand-off distances than land- or ship-fielded systems, because of the much higher speeds involved.

That translates to a need for higher power, meaning more lasers to combine and the potential for greater beam distortion by atmospheric turbulence over a longer path length.