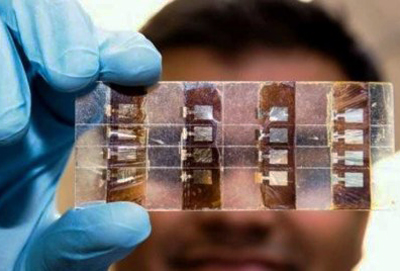 Australian solar power company Greatcell Solar has been awarded €700,000 (approximately A$1.1 million / US$820,000) in a European Union Horizon 2020 project known as Apolo. The successful grant to Greatcell's application will be delivered to its wholly-owned Italian subsidiary, Greatcell Solar Italy, located in Rome.

The H2020 project is for the development of Perovskite Solar Cell (PSC) technology on flexible substrates and aligns closely with Greatcell’s existing technology development plan, particularly that being conducted at Solliance in the Netherlands. The research will investigate advanced technology for higher efficiencies, longer life and improved encapsulation of PSC-enabled flexible substrates, such as metals and polymers.

Since the end of June 2017, Greatcell Solar has been the company name for what was previously Dyesol. According to the company, Greatcell Solar "signifies a new era of commercial opportunity and is more appropriate for our third generation solar PV technology".

In its latest funding win announcement, Greatcell Solar stated, "We have a multi-generational technology development plan with the objective of producing PV technology that genrates electricity for as low as 3.5 US cents per kWh or 25 US cents per watt-peak (Wp). This is significantly lower than existing, competitive PV technologies."

Greatcell added that it would like to express its gratitude to the European Union for its strong financial support of its international technology development activities. 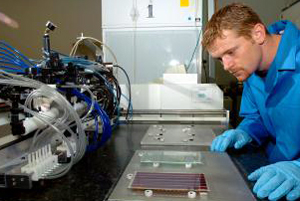 "This technology can be directly integrated into buildings to achieve highly competitive building-integrated photovoltaics. The key material layers include a hybrid organic-inorganic halide-based perovskite light absorber and nano-porous metal oxide of titanium oxide. Light striking the absorber promotes an electron into the excited state, followed by a rapid electron transfer and collection by the titania layer. Meanwhile, the remaining positive charge is transferred to the opposite electrode, thereby generating al current."