Lithuanian laser diode maker gets into photonic integration for medical and industrial sensors. 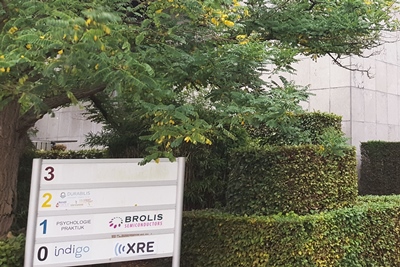 Brolis Semiconductors, the Lithuania-based developer of mid-infrared laser diodes, is setting up a new research division in Ghent, Belgium, focused on photonic integration for sensor applications.

The target applications for the technology include medical and industrial sensors, with Brolis co-founder Augustinas Vizbaras saying that first prototypes are likely to be ready in around three years.

Laser chips and PICs
Vizbaras, who set up Brolis with brothers Dominykas and Kristijonas back in 2011, told optics.org that the Ghent subsidiary would eventually employ around a dozen engineers. The new research and development site offers a total floor space of 260 m2, including an 80 m2 test and metrology laboratory.

Andreas De Groote, who will lead PIC design efforts at the new location, said in a release from the Lithuanian firm: “Over the years Brolis has managed to bring GaSb-based laser diode technology to an industrial level with beyond state-of-the art device performance and scale.

“The next big step is to merge these GaSb chips as key components with photonic integrated circuit technology based on CMOS compatible silicon-on-insulator technology. Moreover, we should bring it to an industrial level, suitable for consumer market applications.”

The team is placing particular emphasis towards the development of a new OEM GaSb/silicon-on-insulator system-on-a-chip laser sensor technology, for applications in the 1.5-3.5 µm spectral range and beyond, for healthcare and industrial markets.

Augustinas Vizbaras added: “Brolis is delighted to add photonic integrated circuit technology to the existing technology portfolio - we believe it provides a new dimension to our existing III-V semiconductor technology.

“The addition of silicon technology to GaSb is expected to pave the way to an integrated hybrid chip technology with completely new functionality – such as OEM remote laser sensors for industrial and healthcare applications with a footprint of few mm2, which could enter any handheld, wearable device platform offering features not available today.” 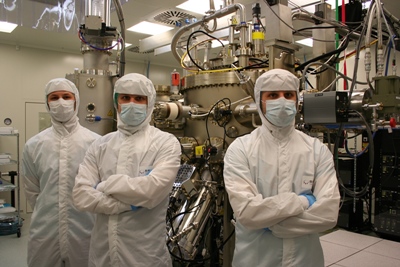 Fantastic opportunities
Vizbaras is particularly pleased to have located the development activity in Ghent - a key hub for silicon photonics technology research that has close links with the influential imec center for semiconductor research and development. “We feel like we’re in good company,” he says.

Gunther Roelkens from the imec-affiliated University of Ghent photonics research group added: “While silicon photonics has predominantly been studied for optical transceivers, there are fantastic opportunities in the field of sensing as well. We believe the combination of GaSb III-V opto-electronics and silicon photonics can enable many applications in this domain.”

Although there will be links to imec via Ghent university, Vizbaras points out that Brolis is not exclusively bound to any particular silicon foundry, and the company is hoping to explore more than one option in order to reach its development targets.

He contrasts the Brolis effort with that of the European Union-funded “MIRPHAB” (mid-infrared photonic devices fabrication), saying: “Our developments are business-driven rather than project-driven, and we are investing our own company funds into the new research and development activity.”

High gain, high yields
The company’s GaSb lasers are relatively unusual devices, and compete with quantum cascade lasers (QCLs) operating in a similar part of the spectrum. But Vizbaras says that the GaSb lasers have “brilliant” performance in the 1.8-2.6 µm wavelength range – offering a combination of low input power, high efficiency, and high gain that contrasts with typical QCL performance.

“Our technology is much [more] scalable in terms of manufacturability for high-volume applications,” he said. “Over the years we have managed to bring GaSb technology to a level similar of that of GaAs.”

Based on type-I quantum well technology, the GaSb laser emitters can also be produced with high yields, utilizing on-wafer testing, while the material also provides a compatible platform for photodiodes. “I am not sure if the same could be said about QCL technology,” Vizbaras added.

“With the current facility in place, we believe it will take about three years to have developed a platform which could be scalable and able to provide an advantage of low-cost-per-chip at volumes,” he continued. “The main focus will be the integration technology, which currently is the bottleneck not only for GaSb but for any III-V/silicon-on-insulator platform.”

If that issued is solved in the manner that Vizbaras expects, the first industrial prototypes could be available shortly afterwards. “On the application side, we are focusing towards healthcare/medical sensing as primary applications,” he concluded.