Profits remain in the red, but seasonal improvement and a focus on new areas should steady the ship. 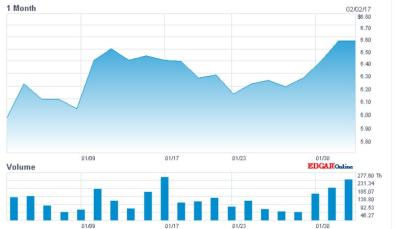 Industrial laser supplier Electro Scientific Industries (ESI) saw its revenues rise in the third quarter of fiscal 2017 compared to the previous three month period, but not enough to pull profits out of the red.

Third quarter revenue increased to $33.8 million in Q3 compared to $29.7 million for the second quarter, but slipped against the $43.3 million posted in the third quarter of the last fiscal year.

A GAAP loss of $9.7 million was unchanged from the same number posted in the previous quarter. At the end of the period, the company held cash and investments worth $54.3 million, compared to $59.1 million in Q2.

"We delivered top and bottom line results at the high end of our expectations in the third quarter, as revenues grew 14 percent sequentially," commented CEO Michael Burger. "We also made progress on new product evaluation by customers, the integration of our Visicon acquisition, and repositioning our micromachining product line for future success."

After the end of the quarter, ESI announced it had secured a $14 million, 10-year term loan secured by the company's headquarters facility, along with an agreement to amend its existing $30 million credit agreement with Silicon Valley Bank and extend it through March 2019.

"ESI's core competencies are real and they are differentiating," said Burger, CEO since August 2016, speaking to analysts about the company's micromachining and PCB businesses. "Our core markets are dynamic and growing, however they are cyclical in nature. We have just experienced a two-quarter pause in capacity investments in the flex drilling market, which has had significant impact on our results."

That market for flexible PCB manufacture is now due to see its seasonal strengthening after a weaker second calendar half, according to Burger, who believes that the market will provide a solid long-term growth profile for the company. "The severity of the seasonality has taken us a little bit aback," he commented, outlining ESI's strategy for building capacity on the front half of the year, exercising that capacity through the summer months and then getting ready for shipment at the end of the year.

Soft goods and brittle materials
In its micromachining business, the company stated its intention to narrow its focus around particular business areas, and balance existing customers with the task of finding new ones. Burger mentioned a "new focus around brittle materials such as glass or sapphire, or soft goods such as fabrics, areas where we actually can distinguish ourselves in terms of differentiation. It has opened up new markets that we are excited about."

On the new product front, Burger outlined customer acceptance and recognized revenue for its first CornerStone IC tool, based around a picosecond laser, along with the shipping of a tool against its second CornerStone order to another major customer, which should finish its installation in Q4. In addition, the first multi-unit order of the CO2-laser-based nViant HDI platform was received from an unnamed Tier 1 customer.

ESI acquired machine-vision developer Visicon in August 2016, bringing metrology and inspection capabilities to the company, and Burger said that he expects Visicon to deliver revenue contributions in the $10 million to $20 million range during the next fiscal year. However, "we are done with acquisitions for a while," he added. "We want to grow the business organically. There are a lot of opportunities at ESI, but there is more work to do."

The markets were not put off, and in trading at the end of Wednesday prior to the announcement of quarterly figures ESI shares held steady, before increasing in after-hours trading. The company's stock price has risen by around 9 percent in the last 12 months.