Partnership with McGuire Institute will examine use of lasers for management of gum disorders. 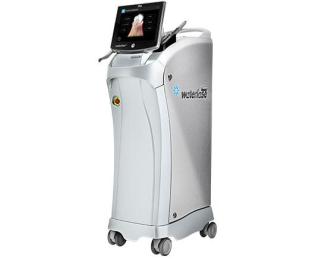 Dental laser specialist Biolase has announced a clinical research agreement with The McGuire Institute, a Texas-based center for dentistry research, that will see them jointly investigate the use of Biolase technology as a means to tackle periodontal disease.

The intention is to evaluate the benefits of laser therapy compared to traditional techniques used to manage gum disorders.

Initial studies are set to include multi-center blinded research using the company's laser solutions, so as to generate statistically meaningful evidence for patients and practitioners evaluating the benefits of laser therapy versus alternative treatments.

"The opportunity to conduct independent clinical research with a highly esteemed group like The McGuire Institute is an important step forward for the company’s clinical research efforts," said Harold Flynn, Biolase President and CEO. "Their network of highly trained clinicians, who are also practicing periodontists and oral surgeons, will be instrumental in bolstering the objective evidence necessary to significantly expand adoption of lasers in dentistry."

Financial turnaround
Periodontal disease and infection of the gums has been characterized by Biolase as an epidemic in the US, affecting some 69 percent of adults and potentially having an effect on diabetes, heart disease, or complications during pregnancy.

Surgical intervention with descalers or ultrasonic instruments has traditionally been needed to remove the infected tissues, but lasers offer a potentially less invasive and more effective way to achieve the same result, accessing and removing the inflamed gum tissue from around the root of the tooth.

The project comes not long after Biolase revealed a 16 percent increase in revenues in its results for the second quarter of the year, published in August 2016, with revenues from its flagship WaterLase dental laser platform increasing by 32 percent in the US and 19 percent internationally.

Those figures also showed that the company's recent operating losses were being successfully narrowed, with Biolase announcing a reduction in its cash burn rate of more than 50 percent year-on-year, and 65 percent sequentially.

At the same time, a cash injection from investors including Oracle Partners and certain Biolase officers was unveiled, thanks to their purchase of $10 million of unregistered shares in the company's stock. At the time, the funding was described as being intended to allow accelerated growth and improved financial performance, along with the launch of new products.

The current chapter in Biolase history began in August 2014, with the resignation of former chairman and CEO Federico Pignatelli from its board of directors after a tumultuous and occasionally controversial twenty years associated with the company. Harold Flynn assumed the CEO's chair in May 2015.