$942 million acquisition remains on track for completion by the end of this year. 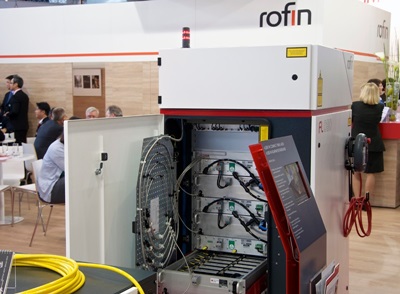 Shareholders in the industrial laser firm Rofin-Sinar have voted overwhelmingly in favor of the proposed acquisition by California-based Coherent.

A special meeting of stockholders held June 29 saw more than 95 per cent of the company ownership present backing the merger of two of the world’s largest laser companies. Close to 80 per cent of Rofin’s stockholding voted at the meeting.

Activist investor SilverArrow had considered that price to be a “low-ball” offering, comparing the premium offered unfavorably to the price paid by MKS Instruments to acquire Newport, another major laser company, earlier this year.

SIlverArrow had been urging stockholders to hold out for a purchase price of at least $34 for Rofin.

While the Rofin shareholder backing represents one hurdle cleared by the deal, it remains subject to regulatory approvals and Coherent arranging significant finance.

When announcing the deal in March, Coherent said that it was seeking a $750 million loan to support the Rofin acquisition, and in its most recent quarterly filing with the US Securities & Exchange Commission the company said it was negotiating aggregate debt financing of up to $850 million with a combination of Barclays Bank, Bank of America, and Merrill Lynch, Pierce, Fenner and Smith.

The acquisition agreement contains certain termination rights for Coherent but also provides for a termination fee of $65.0 million to Rofin and $2.4 million to Barclays.