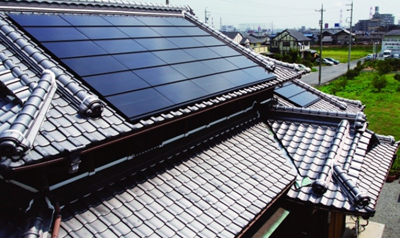 Solar Frontier’s latest CIS solar panel factory features its most advanced production technology. And the company adds that the 900MW Kunitomi Plant, the Tohoku Plant requires only two-thirds the investment and manpower per megawatt when compared to Solar Frontier’s main production plant in southern Japan.

It also requires only one-third the time to manufacture a CIS solar panel. This technology enables Solar Frontier to achieve globally best-in-class production costs, and serves as a template for future production lines to be modeled on.

Solar Frontier first announced its decision to build the Tohoku Plant in December, 2013. After completing its construction in April 2015, Solar Frontier began ramping up the newly installed production lines. The Tohoku Plant now manufactures CIS solar panels of the same grade and higher compared to theKunitomi Plant, initiating the decision to start sales. 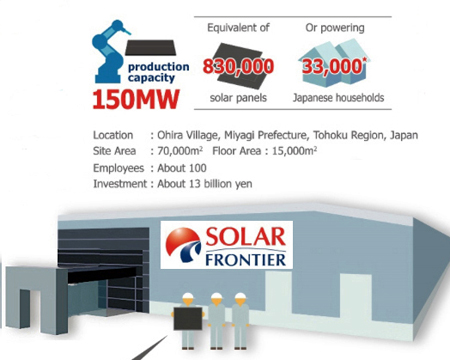 Features of the improved-efficiency factory.

New Tohoku Plant modules will first go on sale this summer in their home prefecture of Miyagi before they will be made available in other areas in Japan. Solar Frontier aims to provide solar panels with output of 180W and beyond once the Tohoku Plant reaches full production.

On top of power output, new features offer new benefits for installers and end-users. The addition of a busbar in the middle of the module, for example, improves the panel’s ability to perform when partially covered by shadows. Another key feature is lower module voltage, which enables greater flexibility when designing systems. Tohoku-produced panels also include modifications to the frame and junction box, making installation and maintenance easier.

The start of commercial production at the Tohoku Plant marks the continued successful cooperation between Solar Frontier, Ohira Village and Miyagi Prefecture. Through its new technology, Solar Frontier is harnessing the power of the sun to provide a cleaner, more comfortable life for everyone.

Solar Frontier, a subsidiary of Showa Shell Sekiyu, has a mission to create “the most economical, ecological solar energy solutions”. Building on a legacy of work in solar energy since the 1970s, Solar Frontier today develops and manufactures CIS thin-film solar modules for customers worldwide. The company’s gigawatt-scale production facilities are located in Miyazaki and Miyagi, Japan. The following video describes the evolution of Solar Frontier and its recent achievements: