Jenoptik gets into the groove with $15M Michigan campus 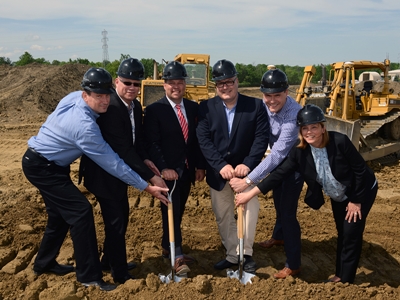 Aside from its proximity to the historic US automotive center of Detroit, Rochester Hills is notable as the home town of singer Madonna – whose father Tony worked as an engineer at Chrysler and General Motors.

Getting closer to customers
Jenoptik says that the new location is currently the largest single investment that the company is making. The $15 million figure includes the purchase cost of the property as well as the construction of modern production, service and office environments including smart lighting and sensor systems.

“The new building is in direct vicinity of the current location, which is rented by Jenoptik,” announced the firm. “Relocation is expected to take place in the spring of 2017. The new technology campus will cover a total area of nearly 16 acres while, in the first expansion phase, the new building will have 100,000 square feet of space, almost half of which is production space.”

Jenoptik has had a presence in Rochester Hills since 2007, and currently employs 100 staff at the site. The investment will provide flexible expansion options beyond laser and metrology equipment for automotive applications, said the firm.

Mertin noted: “Besides the APAC region, the US has been our most important growth region with average annual growth rates of 13 per cent since 2009.

“There is a high demand for our metrology and laser machines. The new campus provides us with state-of-the-art infrastructure and allows us to get even closer to our customers in the US automotive industry.”

System solutions
The targeting of the automotive sector ties in with the Jenoptik restructuring that took effect from the start of this year. Since then, Jenoptik’s metrology and laser processing activities have merged to form the automotive division – one of five new market-aligned business units.

In the US, the laser processing unit had already moved to Rochester Hills after a recent rationalization of facilities, using the infrastructure there for administrative and operational processes alongside the metrology unit.

One specific expansion at the new campus will be in Jenoptik’s laser cutting systems, which can be used to process aluminum or plastic parts. A new “drop tester” product will also complement the local equipment portfolio. An impact test bench, it will measure the necessary force and time required to open an airbag compartment.

“The mechanics of the system are designed in Rochester Hills for application in the automotive industry,” Jenoptik said. “It complements the JENOPTIK-VOTAN A laser system, which creates the predetermined breaking points in airbag covers.”

The Jena firm says that a fifth of its group revenues were generated in the Americas last year – equivalent to around $143 million. That represented a jump of more than 24 per cent on the previous year, and more than double the figure recorded in 2009.