Alexander Oraevsky of TomoWave expects the technique to have an impact in cancer detection and elsewhere. 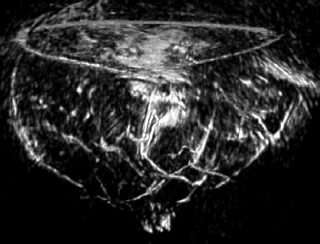 Optoacoustic imaging technology continues to develop rapidly, as demonstrated by the discussions around the topic at SPIE Photonics West in San Francisco earlier this year.

During the event's busy session on applications of the technique, optoacoustic imaging pioneer Alexander Oraevsky of TomoWave Laboratories described it as having come of age, with the goal now being to move optoacoustics out of the laboratory and into promising clinical imaging applications.

Speaking to Optics.org this week about the current state of play in optoacoustics, Oraevsky described how the pace of development had now reached the point where effective clinical systems for human applications are the hottest current topics in the sector. Proof will potentially appear before the end of 2016, with the expected release of the first FDA-approved optoacoustic diagnostic platform for breast cancer imaging from Texas-based Seno Medical Instruments - a company that acquired core Oraevsky patents.

"It took time to develop a better technology base and make it into something compact and simple to use, so that clinical applications could finally be enabled," he commented.

"The laser industry is catching up, with laser manufacturers now selling components specifically labeled for optoacoustic imaging. Another significant factor contributing to current clinical viability is that the new ultrasonic transducers which TomoWave developed in collaboration with other ultrasonic companies and matched to very low noise electronics, have become sufficiently sensitive to detect minute optoacoustic pressure variations in the depth of human tissue."

There may soon be improvements here too, as another focus of interest among developers is the potential ability of laser beams to function as the transducers, replacing the existing piezoelectric components.

"Presently the transducers used as detectors in an optoacoustic platform are piezoceramic elements, that are opaque," Oraevsky said. "This means that laser light needs to be delivered around or between the transducers, which is very difficult to achieve and leads to image artifacts. But with the development of sensitive ultrasonic detectors based on laser beams, all-optical optoacoustic imaging systems will become dominant, leading to improved system designs and better performance."

Intravascular imaging
Optoacoustic platforms are well positioned to play a part in improving the visualization of blood vessels and microvessels in living subjects, a topic currently being studied by several groups using a number of distinct approaches.

These include applying intravascular optoacoustic imaging and OCT to the detection of coronary atherosclerosis, being investigated by Gijs van Soest of Rotterdam's Erasmus Medical Center, and a number of studies into intelligent biomedical imaging and sensing pursued by Stanislav Emelianov at Georgia Institute of Technology. At SPIE Photonics West, Optics.org reported work by Purdue University and the Shanghai Institute of Optics and Fine Mechanics on recognizing fatty lipid material building up within arteries using an optoacoustic method.

However, Oraevsky expects that less invasive imaging operations are likely to appear first and be more readily commercialized ahead of intravascular applications, exploiting the fact that blood and blood vessels are ideal objects of study by optoacoustic imaging sensors placed on the skin. 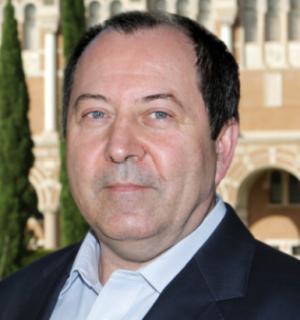 "The main applications of optoacoustic imaging will come from its capability to visualize blood vessels from the outside, potentially using non-toxic contrast agents to enhance optoacoustic image contrast and provide more specific molecular information," he commented.

"Important potential applications using this approach include detection of cancer - breast cancer first of all - along with diabetes, arthritis and other diseases related to abnormal growth or degradation of microcirculation. The intravascular applications, such as the detection of lipid build-up, are much more invasive and difficult to engineer, and have greater barriers to acceptance. I believe that the first clinical applications will be associated with imaging from the skin surface, before we later go into internal organs and blood vessels."

Lower price points
Progress towards these initial applications is continuing, with Seno Medical's commercial system soon to be unveiled. A multi-center clinical trial controlled by the FDA is almost concluded, with clearance for Seno's optoacoustic ultrasonic imaging system in the diagnosis of breast cancer expected to follow. Pilot clinical studies testing other medical imaging applications of the technology on small numbers of patients are underway, according to Oraevsky.

In the meantime, the availability of suitable laser components for further development of the technique will naturally be a factor in its advancement, influencing effective progress in new applications and its appeal to clinicians.

Quantel recently announced an ultra-compact laser diode module intended specifically for optoacoustic imaging applications, said by the company to include a number of design innovations intended to make the module compact and powerful enough to meet the needs of the sector. But for now some barriers to progress remain in place.

"Quantel, through its participation in the EU FULLPHASE research project, has developed a very compact diode laser, pushing performance of this type of laser source to its maximum," noted Oraevsky. "But on the other hand, even if this laser reaches its theoretical maximum pulsed energy level, it will not be sufficient for clinical applications of deep tissue imaging. Instead it is good for optoacoustic microscopy and possibly for endoscopy, where a depth of only a few millimeters is enough to achieve clinical relevance."

The other unavoidable issue for such specialized laser modules is the price tag. "Lasers are becoming more reliable, stable, compact, and powerful, but are still very expensive, taking 50 percent of the entire system cost," Oraevsky concluded. "I know that many laser companies are thinking of designing various optical sources for optoacoustic imaging, and I encourage them to make their lasers cheaper. Much cheaper."