Jenoptik's revenue and earnings up in first quarter 2016 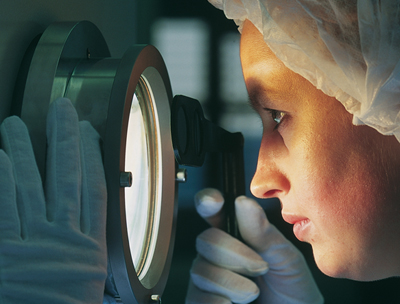 Jenoptik Group has reported improved business performance based on the financial results of its first quarter of 2016. Growth was observed in all of the company's segments.

President & CEO Michael Mertin commented, “In an environment characterized by economic uncertainty, we have benefited from our interdisciplinary expertise and increasing internationalization, as well as from differing demand cycles. Our solid financial footing will all continue to help us generate sustainably profitable growth.”

In the first three months of 2016, revenue rose 8.5% to €158.2 million (€145.8 million). All of the group’s segments saw growth, with noticeably strong demand in the defense technology, information and communications technology, semiconductor equipment and automotive markets. Territory-wise, revenue was boosted in Germany, Europe and Asia-Pacific.

The financial result, at minus €2.1 million, was below last year’s equivalent of €1.1 million, which was primarily driven by currency exchange rate gains from the valuation of financial assets. Due to the absence of currency effects and despite lower interest expenses the group achieved earnings of €7.7 million (€9.8 million).

In the first quarter, the Optics & Life Science segment started off on a solid footing with revenue and earnings at prior-year levels together with a considerably improved order intake. At €52.2 million, revenue was 1.7% up on Q1 2015. Income from operations was at the same level as in the prior year, at €5.2 million. The company commented, “This encouraging growth predominantly originated in the Healthcare & Industry division. The order backlog as of the end of March 2016 was worth €75.7 million."

Revenue in the Mobility segment was slightly up on the prior year, at €52.1 million, and the Automotive division also saw good growth. Revenue in the Defense & Civil Systems segment, totaling €54.4 million, was 27.4% above the prior-year figure of €42.7 million. This development was predominantly due to a good start to the year in the areas of energy and sensor systems, the company said.

Following the positive development of business as scheduled in the first quarter of 2016, the Jenoptik Executive Board confirmed the guidance it published in March. For 2016, it expects group revenue of between €680 and €700 million. Earnings are anticipated to show a moderate rise and the margin is expected in the range of 9.0 and 9.5%.