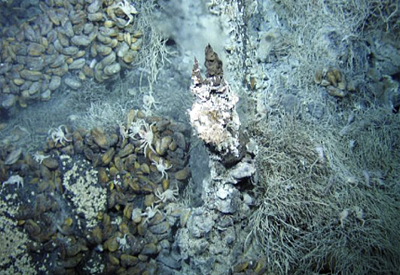 Objective: large deposits of sulphides on the seabed.

Locating natural resources on or under the seabed invariably means high costs. To reduce these, the Laser Development and Material and Processes departments at Germany’s Laser Zentrum Hannover (LZH), together with eight European partners, are developing a laser-based, autonomous inspection system.

The R&D project, which runs until 2020, aims to produce a system that will detect soil samples, such as manganese nodules, and analyze the material composition in situ.

With such a system, the developers say that the mineral and raw material composition of large seabed areas will be mapped more easily and cheaply in the future. Besides reduced costs, this technology allows for less impact to the environment.

Two technologies are combined to achieve this capability: an autonomous underwater vehicle (AUV) for the 3D mapping of the sea ground is equipped with a laser-based element-analyzing capability. This unit makes it possible to analyze soil samples by laser-induced plasma spectroscopy (LIBS). To achieve this requires a compact, autonomous system, which is robust enough to withstand the pressure at depth.

Both the Laser Development and the Materials and Processes Department of the LZH are using knowledge from the ExoMARS project to develop the new system. For the space mission, a small, ultralight laser system was developed to enable LIBS-based analyses on the Mars. For the use in the deep sea, the weight of the laser system is less important. However, here too a compact system with a high pulse energy is required. 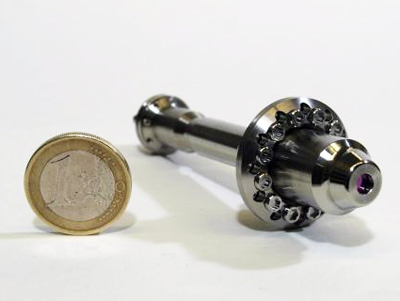 Passive Q-switched prototype of a laser head developed by LZH.

The system is being jointly developed by scientists from the LZH and neoLASE, an LZH spin-off company, which is contributing its expertise for the electronics and control of the laser system. The other partners bring the necessary competencies in oceanography, 3D cartography and biogeochemistry.

As an independent, non-profit research institute, the Laser Zentrum Hannover conducts innovative research, development and consulting. The LZH is supported by the Lower Saxony Ministry for Economics, Labour and Transport and is dedicated to the selfless promotion of applied research in the field of photonics and laser technology. Founded in 1986, it has over 170 employees.