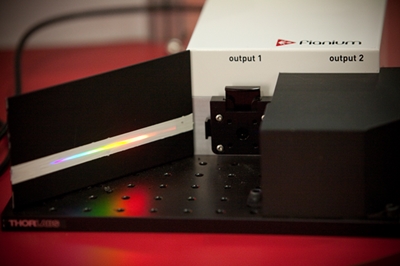 NKT Photonics says that it is to acquire UK fiber laser company Fianium, in the latest example of consolidation sweeping the laser sector.

Following recent news that MKS Instruments is to buy Newport and its Spectra-Physics division, and Coherent’s planned acquisition of Rofin-Sinar, NKT said the all-cash Fianium deal would strengthen its market position in ultrafast fiber laser and supercontinuum sources – primarily in scientific and OEM applications.

NKT is paying £21 million for Fianium, which posted revenues of around £7 million in 2015. The UK operation's founder and CEO Anatoly Grudinin, also the largest shareholder in Fianium's holding company, will remain on board, NKT Photonics told optics.org.

No headcount reductions among the 54-strong Fianium workforce are expected post-acquisition, with NKT Photonics indicating that it plans to grow both the UK and Danish sites. "We will redistribute functions but this is not a 'close and move' acquisition," said Kim Hansen, the company's head of marketing.

Supercontinuum sources
Spun out of the University of Southampton’s Optoelectronics Research Centre (ORC) back in 2003, Fianium specializes in fiber lasers built around a master oscillator power amplifier (MOPA) architecture.

In a brief statement posted on the NKT Photonics web site, its CEO Basil Garabet said: “By combining the NKT Photonics and Fianium businesses we complement our product offering, benefiting our customers. Furthermore, we will strengthen our development competences for innovative industrial solutions, improve service globally, and obtain synergies in sales and manufacturing.”

Hansen added that although the two firms cover similar markets, the different engineering and technology platforms developed by Fianium and NKT Photonics will allow the combined entity to offer better-performing products to its customers.

"The product lines are also complementary in many aspects, so the combined line will be much more complete in terms of specs and price points," he said, adding that Fianium's strength in the US would complement NKT Photonics' existing geographical sales spread.

The Birkerød, Denmark, company added that the Fianium facilities in Southampton would continue to operate, albeit under the NKT Photonics brand name, and also that it was working on ways to make Fianium and NKT systems compatible.

“Fibers and modules for ultrafast lasers continue to be a strategic product line for NKT Photonics,” it stressed, adding that all warranties on sold Fianium products remained valid as stated at the time of purchase.