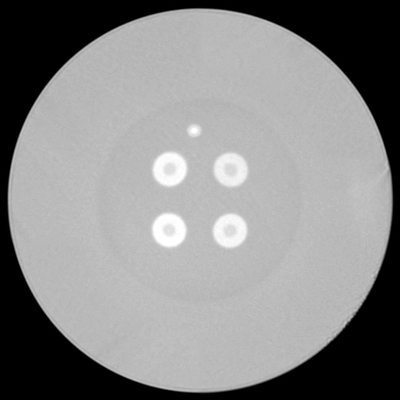 Sumitomo Electric Industries has developed a new coupled multi-core optical fiber suitable for ultra-long-haul transmission, which the company says has set “new records of the low attenuation and the low spatial mode dispersion in the optical fibers for space division multiplexing”. The results were presented at a post deadline paper session at the Optical Fiber Communication Conference, in Anaheim, California, last week.

The data network traffic in the long-haul transmission systems is growing due to the ever-increasing use of smartphones, data centers, and other bandwidth-hungry applications. Generally, network transmission capacity has been improved with the low-loss single-mode fibers, the company said.

“At the same time, to achieve the drastic necessary improvement of network capacity, space-division multiplexing (SDM) has been intensively studied, and we now expect the multi-core fiber (MCF) to be a next-generation optical fiber that can achieve ultra-high-capacity transmission systems,” stated the new fiber’s launch document. Sumitomo Electric has developed a coupled-core MCF (CC-MCF) including four pure-silica cores in the standard 125µm-diameter cladding. 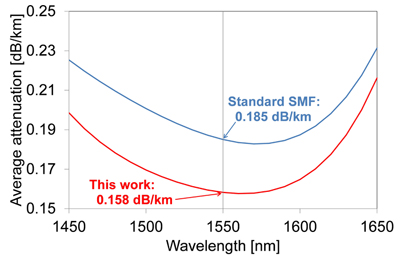 The developed fiber has achieved the attenuation of 0.158 dB/km at the critical communications wavelength of 1550nm and the spatial mode dispersion (SMD) of 6.1ps/√km in the wavelength range 1520 to 1580nm, both of which are the lowest ever reported in the optical fibers for space division multiplexing, the company claims.

This ultra-low attenuation value, approaching that of the commercial ultra-low-loss single-mode fiber, enables signal transmission with lower noise than the previously-reported SDM fibers, and is expected to achieve the spatial channel count increase without per-channel capacity degradation, Sumitomo said. “The SMD of 6.1 ps/√km is one-fifth the lowest SMD of the previously reported SDM fibers, and thus can reduce the calculation complexity of the multiple-input-multiple-output (“MIMO”) digital signal processing (DSP) for the crosstalk compensation. 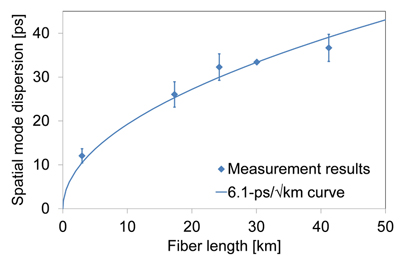 The accumulation of the spatial mode dispersion.

Sumitomo Electric has produced many significant results in the research and development on the MCF since 2009. And since 1980s, the company has also been developing and manufacturing the pure-silica-core fibers, and contributing to the developments of the submarine optical cable networks. The latest achievement was been made by integrating these technologies. The company commented that it “will continue the developments of various MCFs and related-technologies for their practical application."