Proposed budget calls for 45% funding increase as the US Department of Energy joins the multi-agency neurotechnologies program. 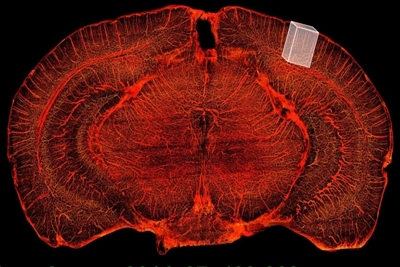 The Obama administration’s proposed budget for fiscal year 2017 is calling for a major increase in funding for the Brain Research through Advancing Neurotechnologies (BRAIN) Initiative.

The ambitious research effort includes a mix of public and private partners, as well as key tool and component suppliers. It has seen several photonics companies, including the likes of Hamamatsu, Coherent, Newport Spectra-Physics, and brain imaging start-up Inscopix engage with neuroscientists attempting to unlock the mysteries of the brain by harnessing optical imaging and probe technologies.

‘Picturing the brain in action’
In a blog post published by the White House earlier this week, representatives of the Office of Science and Technology Policy (OSTP) wrote:

“This increased investment will support a wide range of interdisciplinary projects aimed at developing and applying cutting-edge technologies to create a dynamic picture of the brain in action, providing the critical knowledge base for researchers seeking new ways to treat brain disorders.”

Whether or not the budgetary request is passed by US Congress remains to be seen, but during a special “hot topics” session dedicated to the BRAIN Initiative held at SPIE Photonics West in San Francisco last month, key funding agency representatives said that the program enjoyed relatively bi-partisan support. Congress has even increased its budget in the past, noted National Institutes of Health (NIH) representative Edmund Talley.

At the same event, Talley highlighted how brain disorders will soon become the most disabling and costly of all chronic diseases for healthcare systems to deal with, eclipsing even cancer and cardiovascular illnesses.

“We don’t know enough about the brain to meet this challenge,” he said at the time. “Tools, including those based on photonics, are starting to look extremely promising.”

The NIH has identified seven goals under the BRAIN Initiative, among them generating a census of all cell types – initially in rodent but subsequently human brains – and developing tools and techniques capable of “mapping” neural circuits. That is where optical techniques can make a significant contribution, for example in the development of optogenetic sensors for serotonin, whose interaction with neural receptors thus far remains a complete mystery.

DOE funding added
The latest budget request features the US Department of Energy (DOE) for the first time. If the budget is passed, it is set to contribute $9 million to the activity, with a focus on developing requirements for novel biosensors and probes to monitor key molecular processes in the brain.

The largest contributor to the overall pot is the NIH, which is set to allocate $190 million to the research effort. Its awards will continue to support the objectives of the “BRAIN 2025: A Scientific Vision” multi-year plan, including development of tools to analyze cells and circuits, and technologies for large-scale neuronal recording and modulation.

NIH also plans to expand a portfolio of research with implantable neuromodulation devices, via the new “BRAIN Public Private Partnership Program” that will aim to connect academic researchers with manufacturers of next-generation invasive devices for recording and modulation in the human central nervous system.

NSF plans National Brain Observatory
The second-largest contributor to the planned $434 million pot will be the Defense Advanced Research Projects Agency (DARPA), with $118 million allocated, while the National Science Foundation (NSF) is set to add $74 million.

Among DARPA’s priorities are to develop prototype hardware capable of read/write functionality with individual neurons, for which a spatial resolution beyond the current state-of-the-art would be required.

NSF states that its FY 2017 goals include setting up a “National Brain Observatory” and to co-ordinate large-scale brain research projects internationally, in a bid to leverage global investments in the neurotechnologies area.

In addition, the Intelligence Advanced Research Projects Activity (IARPA) is proposing $43 million to continue investing in applied neuroscience, while the Food & Drug Administration (FDA) will assist with negotiating the regulatory framework and how it is applied to neurological devices.