University of Colorado project suggests clinical phototherapy as a treatment for drug-resistant infections. 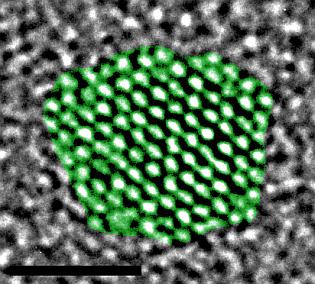 The problem of multidrug-resistant (MDR) bacterial infections is growing, not least because the number of anti-bacterial agents known to have meaningful effects against them continues to shrink.

Anything that helps in the fight against MDRs could have a substantial impact. Hence the potential importance of a project at the University of Colorado, which is developing a novel way to combat and kill these stubborn bacteria through the use of photoexcited quantum dots (QDs).

The team's work, funded by the W M Keck Foundation and published in Nature Materials, showed that introducing QDs into cultures and then irradiating them with light could successfully kill a range of MDRs, including resistant strains of Staphylococcus aureus and E coli. And it did so without the unwelcome drawbacks of non-specific toxicity that some other bacteria-killing methods are prone to.

This lethal effectiveness arises from the ability of the irradiated QDs to interfere with the cell's internal redox environment, inhibiting the individual MDR species to the point of cell death - behavior that could perhaps be "tuned" to particular bacteria.

Lethal to bacteria, safe for hosts
Normal cell growth is a complex process, but among other things requires careful use and control of oxidative species inherently involved in the metabolic processes under way within the cells. Disturb those processes, and the cell's natural operations can be thwarted.

In the Colorado project, quantum dots - semiconductor nanomaterials whose optoelectronic properties can be modified through changes to the particles' size and shape - were used to induce this welcome disruption in the smoothly running cells. When the QDs were illuminated, the bacteria were stopped in their tracks.

"The quantum dots are completely benign before illumination, and in that state have no effect on either the superbugs or a host," commented Prashant Nagpal of University of Colorado, Boulder. "However, the moment the quantum dots are activated with light, the electrical charges that are generated produce specific light-activated redox species, or LARS. And those species can be tailored using different quantum dot sizes, surfaces or composition."

Investigations into the chemistry at work suggest that the irradiated QDs lead to the creation of superoxide radicals, with subsequent side-reactions possibly generating peroxide or other reactive oxidative species. The number of LARS produced depends on both light intensity and the concentration of quantum dots, but generate the right amounts of the right kinds of species, and the results can be lethal for the superbugs without affecting the host cells or surrounding culture.

The technique that emerged employed green-emitting CdTe-2.4 QDs: cadmium telluride nanoparticles with a bandgap of 2.4 eV. Incident light was limited to 400-700 nm, to remove any complications of ultraviolet toxicity or thermal stress, but beyond that restriction no sophisticated illumination was needed.

"We found that using nanomolar concentrations and a weak light source was enough to kill 92 percent of these multidrug-resistant superbugs, which had been resistant to all the clinical antibiotics we tested in our lab," Nagpal said.

A great leap forward
"Only eight percent of bacteria survived from the original culture, which clearly demonstrates the strong efficacy and bactericidal action of the therapy. Since we had selected the worst bacterial strains with extremely strong antibiotic resistance to up to 20 different antibiotics, this represents a giant leap forward, especially considering the lack of available therapies." 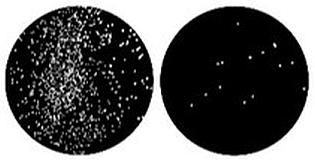 Small but deadly: quantum dots do what antibacterial agents cannot

Although the potential benefits of QDs in killing superbugs is clear, their ability to affect the inner workings of a cell's redox environment might mean that other cellular responses could be stimulated besides just cell toxicity.

Tests using different quantum dots, this time copper indium disulfide (CuInS2) with a bandgap of 1.9 eV, revealed that illumination caused a photo-proliferative effect, spurring bacteria growth by 35 percent; the first demonstration of such an effect from a nanoscaled material.

Analysis indicates that the shift in oxidation potential is the root cause of this drastically different behavior, perhaps pointing towards ways to improve cell growth in bioreactors or new applications of nanoparticles for biological applications.

In the meantime, the Colorado team are conducting pre-clinical animal model studies and optimizing all these factors for therapeutic demonstration of the anti-bacterial effect. A number of distinct therapies may emerge, as Nagpal explanued.

"We envision three separate modes of therapy and drug administration," he said. "One is aimed at topical infections, such as wounds and cuts, where a sticky adhesive patch coated with these nanoparticles will be illuminated with light to treat local infections. A second could treat systemic infections, where the drug will be injected or administered intravenously. Based on results we see with pre-clinical studies, if the nanoparticles are dispersed evenly then this treatment will be effective for patients exposed to phototherapy illumination or a well-lit room."

A third use might be as a disinfectant, through the application of a dilute solution containing the QDs to a surface, followed by irradiation and then removal of the solution.

"The beauty of this quantum dot-based technique is that while we can always count on bugs to adapt to the therapies employed, we can simply retune the nanoparticles easily to kill the bacteria and keep up in this evolutionary race," commented Nagpal. "The ability to hit a moving target through rapid adaptation of the therapeutic technique is exactly the kind of approach we need to develop. If further clinical trials are successful, it can be a game-changer in this fight."