SPIE and OSA say amendment to ITAR rules will ease overhead burden on smaller companies, although another call for industry responses looms. 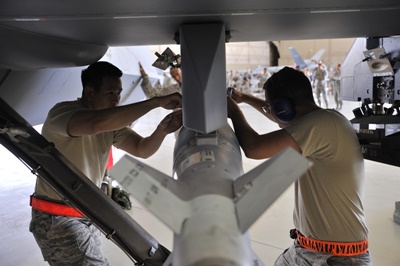 Industry representatives in the US have welcomed a change to export rules governing products caught up in the International Traffic in Arms Regulations (ITAR) category covering lasers and other photonics technologies.

optics.org publisher SPIE and OSA both say that the amended “Category XII” part of the ITAR rules – published October 12 and effective from December 31 – allays some of the fears raised when new ITAR rules were proposed by the US Department of State in May 2015.

Category XII rules
Category XII of ITAR covers “fire control, laser, imaging, and guidance equipment”, incorporating a wide range of optics and photonics products that could in theory be used in weapons, but which in practice are overwhelmingly deployed in civilian applications.

In its amendment, the Department of State states that the revised Category XII rules introduce a new concept that has not been used in the other revised categories, explicitly controlling certain items based on the original intended end user. In key sections of the amendment, these are identified as defense "articles" if they are specially designed for a military end user.

SPIE CEO Eugene Arthurs said: “The changes will help enhance international commerce in optics and photonics, and will assist research universities trying to provide educational opportunities for both US- and foreign-born students.”

His OSA counterpart Liz Rogan added that the new Category XII export rules would reduce the cost of ITAR compliance for business and universities, and help smaller US-based firms stay competitive against foreign firms not subject to such restrictions.

Ambiguous wording of some elements within the Category XII proposals has also been problematic, something that the US Department of State acknowledged and sought to rectify after a recent consultation period with the industry. Specific details of those discussions can be found in the official amendment document here.

Strong response
SPIE says that the photonics industry’s response to the original proposals were the largest for any single category in the export control reform (ECR) process, with 120 companies, associations, and universities submitting statements to the Department of State detailing why its May 2015 plan represented a backwards step in terms of reforming the system.

An interim proposal incorporating what is referred to as the “specially designed” criterion, requested by SPIE and the industry, has in the meantime helped to ensure that so-called “dual-use” technologies were not automatically considered to be munitions items under ITAR.

The final rule now released retains this interim proposal, which is used to describe the many photonics technologies where performance parameters that are unique to military items could not be found, or agreed upon.

New Notice of Inquiry
However, the Department of State has also said that it plans to release a so-called Notice of Inquiry (NOI) via the federal register in the next few months, to seek public opinion about whether some performance parameters should be inserted back into the Category XII rules covering “specially designed” technologies.

Jim McNally, chair of the SPIE committee on Engineering, Science, and Technology Policy and VP of strategic development at Applied Technology Associates, believes that this is a wrong move:

“It is disappointing that some within the agencies are once again requiring the public to respond to a federal register comment period in order to make clear that performance parameters do not work for some of the technologies listed in Category XII,” he said.

“This approach of performance parameters was soundly rebuked by industry during the comment period to the first proposed rule in favor of a ‘specially designed’ approach for certain technologies.”

McNally added: “Even if the proposed parameters do not directly capture dual-use technologies currently in production, unless parameters are clearly unique to the military, growth in that technology area is artificially capped for US industry.”

New call for responses
The NOI means that, once again, those in the photonics industry and related partners will be called upon to ensure that burdensome regulations do not become re-introduced. McNally said:

“In order to prevent this NOI from turning into a more formal proposed rule next year, once again SPIE will be asking companies and universities to respond to the federal register notice when it is released in order to ensure that the Category XII final rule released today stands as written in the coming year.”

For its part, OSA stopped short of criticizing the planned NOI. CEO Rogan said in the society’s official release:

“The specially designed criteria for defense-related technologies provide the flexibility for US industry to export products that are commercially available from foreign companies while protecting our national security.”