Company accuses activist investor SilverArrow of acting in its own short-term interests with demand to replace three directors. 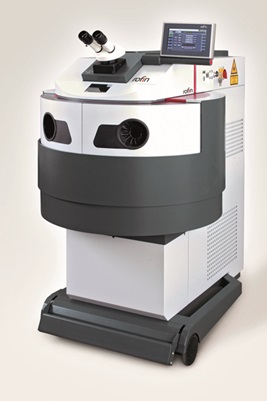 Tensions between Rofin-Sinar’s management and activist investor SilverArrow Capital have again burst into the public realm, with the industrial laser company revealing more about a row over the appointment of new directors in a letter to shareholders.

SilverArrow, which owns just under 10 per cent of Rofin-Sinar, has been highly critical of the current management team’s strategy and corporate governance. In December, SilverArrow extended that criticism to the appointment of new Rofin director Jenifer Bunis, questioning whether the 30-year veteran of the laser industry had the kind of skills needed by a board of directors already featuring seasoned industrial laser experts.

“It is clear to us that significant change is needed on the [Rofin] board and we will officially nominate our three director nominees once the nomination window opens in the next week,” it announced on December 11.

SilverArrow did not go public with its suggestions for new directors, but behind the scenes it has been engaged in discussions with Rofin’s executive team – as made clear in the company’s latest release, by far its most detailed response to the activist criticism.

“SilverArrow has made numerous references to the shareholders it ‘represents’, but we believe that SilverArrow is acting only in its own best short-term interests at the expense of long-term shareholder value.”

Elsewhere, the firm accuses SilverArrow of an “unreasonable approach” in the discussions, along with a “self-serving agenda”, and of making “misleading and outright inaccurate statements designed to damage Rofin”.

Director discussions
The row centers on SilverArrow’s demand to replace three existing Rofin directors with new ones of its choosing. Although SilverArrow has not publicly stated exactly who it wished to nominate, in the latest shareholder letter Rofin revealed that one of the suggestions – hotel and luxury handbag executive Gebhard F. Rainer – was acceptable to both parties.

Rofin said that after evaluating SilverArrow’s suggestions, it offered to appoint Rainer but also concluded that of the two other director proposals one lacked the necessary business experience while the other had a “questionable track record” of focusing on short-term results at the expense of long-term value.

According to the company, SilverArrow rejected that offer out of hand, even though Rofin was prepared to engage in further discussions. “Unfortunately, SilverArrow has responded to Rofin’s good faith offer with a series of demands, legal threats and a ‘take-it-or-leave-it’ offer that demonstrates that it has no interest in reaching a mutually acceptable settlement,” states its letter to shareholders.

The company claims that SilverArrow is insisting that any settlement must involve all its proposed nominees, and the retirement of the directors that it wants to see replaced – and will not countenance any more discussions unless those demands are met.

“We are disappointed that SilverArrow has rejected our constructive settlement offer and, in effect, refused to continue dialogue,” said the laser firm. “The company believes adding one of SilverArrow's proposed candidates, Mr. Rainer, to the board is a reasonable and acceptable way to add an individual that both SilverArrow and Rofin deem suitable.”

It added: “We continue to prefer to avoid a disruptive and costly proxy contest and to instead stay focused on executing on our business plan, but we simply cannot engage in settlement discussions under the onerous terms and one-sided process that SilverArrow demands.

“The company has not withdrawn its settlement offer as presented to SilverArrow and remains open to reasonable settlement discussions.”

Smoke without fire
SilverArrow is yet to respond to Rofin’s latest volley, but following the appointment of Bunis in December at least one analyst indicated that the move could push more undecided shareholder votes towards the activist position ahead of the company’s next annual general meeting.

Although Bunis is acknowledged to bring 30-plus years of industrial laser experience to the table, including a strong technical background, she does not have a previous “C-level” position to draw on. Having spent more than two decades at the carbon dioxide laser firm Synrad, Bunis had most recently worked as VP of business development at Michigan-based Laser Mechanisms.

Aside from the row over the board of directors’ make-up and governance, SilverArrow had also made specific criticisms about Rofin directors Carl Baasel and Daniel Smoke. It accused Rofin of leasing property from Baasel at above-market rates, while noting that Smoke – who heads the company’s audit committee – had been named as a defendant in a court case surrounding the sale of the company JAC Products, of which Smoke was CFO.

But Rofin’s latest response points out that the company is already in the process of a consolidation activity that will see the Baasel lease terminated, and that the case involving Smoke was dismissed without costs to either side.

Although some parties are of the opinion that the ongoing acrimony may end up with the positive development of a re-invigorated board of directors, there are also fears over the ability of Rofin’s management to maintain complete operational focus if the spat continues.

• Rofin is due to report its latest financial results and management commentary in early February, and is scheduled to present at the Needham Growth Conference in New York next week.